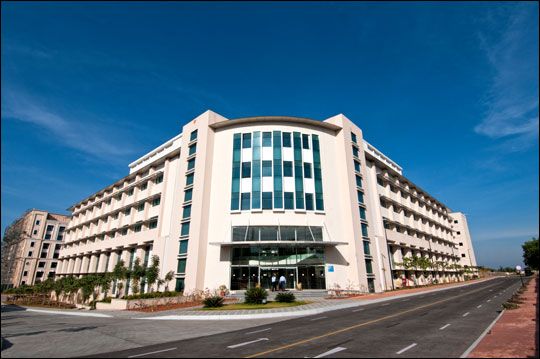 The company said it expects dollar revenue for the fiscal year that began this month to grow between 6 percent and 10 percent.

Most analysts had estimated that Infosys would set a target for revenue growth of as much as 12 percent.

Infosys has been focusing on stepping up sales, with a willingness to sacrifice margins, to help it win business and halt its loss of market share.

For about two years, Infosys, a bellwether of India's $108 billion IT services sector, had been losing market share to more aggressive rivals such as industry leader Tata Consultancy Services Ltd (TCS) and No. 4 HCL Technologies Ltd.

"The forecast looks quite conservative, which is a concern. The fiscal 2013 was also not very good for Infosys," said K.K. Mital, CEO for portfolio management services at Globe Capital in New Delhi.

"This looks like company specific problem. Even mid-cap companies are expected to perform better than this."

Shares of the company, valued at about $30 billion, gained nearly 26 percent so far this year as of Thursday after falling 16 percent in 2012.