The industry is looking at a promising 2016, though experts and even the investors anticipate correction on the valuation side 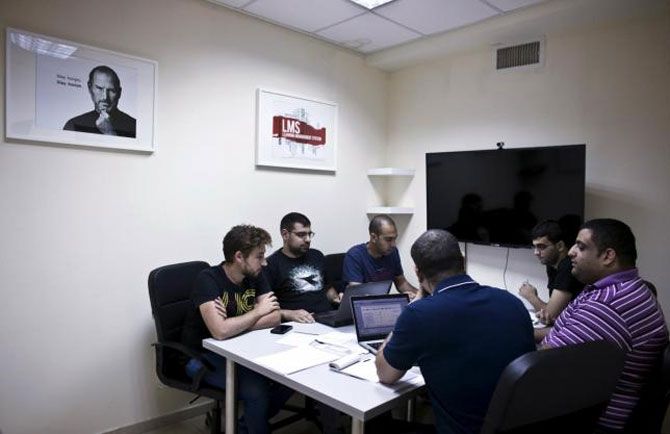 Making it a year of start-ups, Indian and foreign investors have pumped in $8.4 billion in new ventures, including e-commerce platforms, in 2015 through close to 1,000 deals, even as questions have begun to be asked about their hefty valuations.

Those opening the purse for Indian start-ups included industry titans like Ratan Tata and N R Narayana Murthy, as well as marquee global investors like Alibaba and Softbank.

According to data compiled by domestic technology and start-up blog trak.In, as many as 936 deals worth over $8.4 bn have been inked this year -- up from 304 deals worth $5 billion that took place in 2014.

The industry is looking at a promising 2016, though experts and even the investors anticipate correction on the valuation side. The sectors to watch out for include financial technology, healthcare and enterprise technology among others.

Also, the focus might shift a bit away from e-commerce companies towards some new areas including agriculture.

This year, the e-commerce sector, led by e-retailers like Flipkart and Snapdeal, and the taxi-hailing app Ola, dominated the start-up investments space.

Many of these firms commanded very high valuations, with investors like Softbank and Alibaba doling out top dollar.

"The technology and e-commerce sectors have been in the limelight in 2015, and our country is the fastest-growing startup ecosystem in the world, right now," Indian Angel Network (IAN) president Padmaja Ruparel said.

"Eleven of the 68 'unicorns' globally, (companies that are valued at over $1 billion) are of Indian origin," she added.

However, a debate has begun over the high valuations at which many companies have received funding.

Tata, who himself has personal investments in more than a dozen startups, took a dig earlier this year at the fledgling sector, saying "valuations" and not "evaluations" are driving the play.

Pai also believes that only about 10 per cent of start-ups will succeed over the next few years, and about 25 per cent will stay afloat, while the rest are bound to fail, leading to consolidation.

Ruparel pointed out that following the meteoric rise in the first half of 2015, valuations have become more grounded in the second half, and investors are also more keen to find out the business parameters before backing a company.

The year has also seen several startups crumble after being pushed to scale up rapidly due to investor pressure.

Food-technology start-ups like Zomato, TinyOwl and Housing.Com, which had to shut down operations in some cities and fire hundreds of employees, are among those having faced the pressure.

"Still, start-ups are set to emerge as a major job creator if the government evolves an enabling policy environment for them," Pai said.

Currently, India is home to over 18,000 startups valued at $75 billion and employing 300,000 people. This makes India the world's second largest startup ecosystem while the growth rate is estimated to be highest here.

Right policies can help startups could grow over fivefold in numbers over the next decade, Pai says.

On the regulatory side, the markets watchdog Sebi has eased rules for initial share sale by startups to allow investors to cash in on the e-commerce boom and to prevent such companies from going abroad for listing.

While there has been a slow take-off for such listings, three e-commerce companies including Infibeam, Matrimony.Com, QuickHeal have got the regulatory go-ahead to raise money from the capital markets, which is now likely to happen early next year.

Industry observers expect some churn in the sector going forward with some sector rotation happening on the funding side.

Sharad Sharma of technology and startup thinktank iSpirt believes that growth will shift away from metros to small towns.

"We can expect consolidation, and a correction in valuations as well, though we cannot predict a hard-landing or a soft-landing," Sharma said.

"An interesting trend for 2016 will be a huge opportunity for startup entrepreneurs to innovate and kick-start and empower the Digital India programme by providing the building blocks to develop consumer-centric apps," Sharma added.

Since the consumer market is very large, technology startups could open up many new avenues of opportunities in financial services, healthcare and education sectors of the economy, he said.