Spectrum auction by Dec-end, at lower base prices: Minister 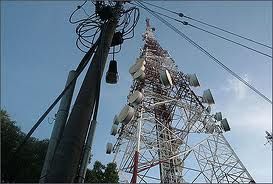 The next round of spectrum auction is expected by the end of this year with lower reserve prices compared to the ones fixed by the government in the previous round, Telecom Minister Kapil Sibal said on Friday.

"Next set of auctions which are going to take place, we are looking by end of December, hopefully.

“What will be set for floor price on which telecom operators will bid. . .will be, I think, relatively lower for them to make competitive bids," Sibal in a video message on the occasion of re-branding of GSM industry body COAI.

He said the matter will be decided by inter-ministerial panel Telecom Commission.

The ministry will then send its views to the Empowered Group of Ministers, which will forward its recommendations to the Cabinet for the final decision.

Telecom Regulatory Authority of India has recommended up 62 per cent reduction in base price of premium 2G spectrum and up to 37 per cent in case of radiowaves freed from the cancellation of 122 licences, compared to the amount fixed for previous auction.

The Telecom Commission has sought clarity on explanations given by Trai to lower reserve price and the next meeting of the Commission is scheduled for October 29.

The Cellular Operators Association of India still finds the spectrum base price to be high compared to the rates in other part of the world.

"We would be happy to see rationalisation in pricing of the spectrum to be in line with the Indian consumers' ability to pay for these services and attract serious investors to invest in the business," he added.

He said that based on the April-June quarter revenues, the Indian mobile industry has grown to an estimated Rs 1,60,000 crore or $27 billion.

"But the nation remains a global pygmy in revenue terms -- a meager 2.3 per cent of estimated the global telecom revenue of $1.16 trillion.

“This is because Indian operators have sacrificed short term gains. . .by offering among the lowest global tariffs." Kapania added.

"Clearly, a lot of ground has been covered, but plenty more needs to be done," Kapania said.
© Copyright 2022 PTI. All rights reserved. Republication or redistribution of PTI content, including by framing or similar means, is expressly prohibited without the prior written consent.