Incubated for over three years, the OnePlus 5 comes with a Snapdragon 835 processor. 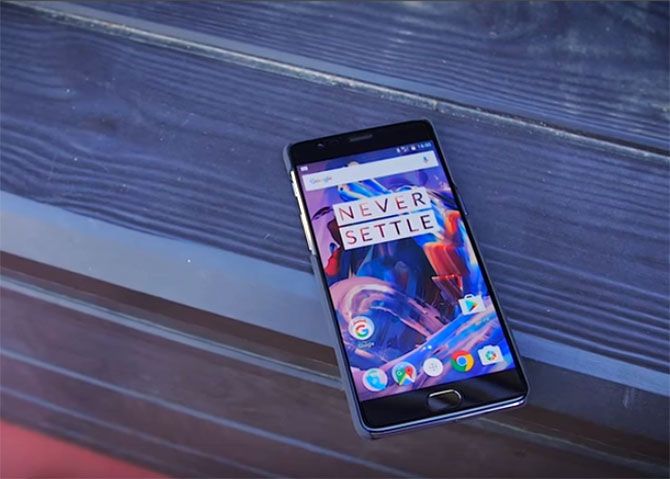 After gaining its foothold in the premium smartphone market in India, Chinese start-up OnePlus took the wraps off its sixth model, the OnePlus 5, late on Tuesday.

New kid on the block
Rs 32,000 is the expected price of the new model with 6GB RAM and 64 GB internal memory

1.1 mn units of OnePlus mobiles sold in India during 2016

700,000 'notify me' subscriptions on exclusive partner  Amazon India since June 7

Co-founder Carl Pei left no stone unturned in putting speculations about the much-awaited flagship to rest during a recorded webcast from the US, which began at 9:30 PM IST.

From praises for its dual camera by US model Emily Ratajkowski to expert comments from Qualcomm’s executive chairman Paul E Jacobs, the hour-long presentation had no dearth of celebrities. And the slate grey device was delivered by Pei’s favourite dog, on screen.

While the official India launch is still two days away, Tuesday’s event was an attempt to satiate the curiosity of thousands of prospective buyers and smartphone enthusiasts across the world.

OnePlus, which started its journey in December 2013, gained popularity in India with its very first device, the OnePlus One, which launched in mid-2014.

According to March quarter data from Counterpoint Research, the brand held the third spot, after Samsung and Apple, in India in the above Rs 30,000 segment.

Analysts such as Tarun Pathak from Counterpoint Research believe that while the momentum is with OnePlus, if the brand manages to tide over the months leading up to Diwali (in October), it could just turn out to be the flagship smartphone of the year.

Analysts, globally, are of the same view.

Incubated for over three years, the OnePlus 5 comes with a Snapdragon 835 processor. As expected, Pei spend most of time explaining OnePlus 5’s dual back cameras meant to bring the photography experience closer to a DSLR camera.

The 16- and 20-megapixel cameras at the back have been custom-made by Sony to capture more light and increase focus speed by 40 per cent, among other advantages, as the smartphone camera is “the most important feature”, he said.

Incidentally, OnePlus CEO and co-founder Pete Lau posted a shot believed to be taken with the OnePlus 5 two days ago on his Weibo (the Chinese equivalent of Twitter) handle to showcase its superior picture quality.

As Lau had claimed, the OnePlus 5 is the “thinnest flagship phone” from his stable.

OnePlus, which sells only through the online channel, has tied up with e-commerce giant Amazon for the Indian market and has already received over 700,000 notification alerts since June 7.