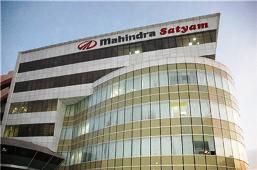 Mahindra Satyam plans to treble its employees strength in China to 1,500 by 2015 as part of strategic focus on engineering, manufacturing and telecom sectors, using China as a base to serve global clients.

Mahindra Satyam and Tech Mahindra together have Global Delivery Centres in Shanghai and Nanjing.

Mahindra Satyam had set up operations in China in 2002, among the first of the Indian IT majors to do so.

"China will be a critical pillar of our regional and global strategy. The region will increase its revenue contribution from 24 per cent currently in view of the size of Chinese economy and specific opportunities which we have identified," Rohit Gandhi, Senior Vice President -- Asia-Pacific, India, West Asia and Africa -- Mahindra Satyam who is attending World Economic Forum in Tianjin said on Monday.

A press release by the company here said China's telecom sector has yet to experience the transformation which unifies fixed-line, mobile and data services into a seamless offering.

Mahindra Satyam and Tech Mahindra have helped global and regional telecom giants such as British Telecom achieve this transformation in front-end customer interface and back-end integration and billing, and are keen to help Chinese telecom companies in this aspect, the company said.

China to open up more for the Indian IT software sector to cater to large state owned and private Chinese banks and other companies.

Although all the top Indian IT software firms are present in China, most of them cater to the multinationals based in the country.

Besides the IT sector, the Mahindra group over the years has developed strong presence in China.

Its tractor firm Mahindra in joint venture with Chinese firm Yueda is doing well acquiring about 10 per cent of the Chinese market.

Its SsangYong SUVs are also marketed well in China.

"Chinese universities are producing a high number of quality engineers each year.

"We are impressed by the level of skills, expertise and the willingness to learn -- qualities we will build upon as we expand our operations in China, Amitava Ghosh, Vice President and Head, North Asia, Mahindra Satyam said.

There exists a great opportunity to combine the software capabilities of India and manufacturing excellence of China to herald a new chapter in the economic transformation of Asia, he said, adding that Mahindra Satyam wants to be part of that transformation, focusing on very specific verticals such as manufacturing, engineering and telecom.

Gandhi, who is based at the regional headquarters in Singapore, said that Mahindra Satyam will also explore strategic alliances and partnerships with Chinese companies to leapfrog its growth within China and to increase its near-shoring support of Japanese clients.
K J M Varma in Beijing
© Copyright 2021 PTI. All rights reserved. Republication or redistribution of PTI content, including by framing or similar means, is expressly prohibited without the prior written consent.