Online encyclopedia Wikipedia has a long-term commitment to India and is focussing on bringing more users to its platform by meeting language needs of communities and introducing tools to ease access, a top Wikimedia Foundation executive said. 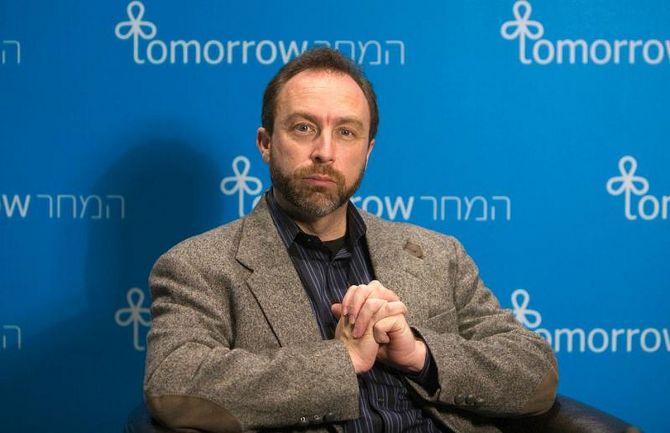 Wikipedia, which is operated by non-profit organisation Wikimedia Foundation, already counts India as its fifth largest market. It gets about 750 million page views a month from the Indian audience.

"India is not just the fifth largest Wikipedia source of traffic for us, it is a country of hundreds of millions of people who have real clear needs for knowledge, and to themselves have knowledge that should be shared and represented with the world...we see the multiplicity of languages as both a opportunity and a challenge," Wikimedia Foundation CEO Katherine Maher said.

She added that certain language communities are much more active than others, and the organisation is looking at ways to support the different languages needs across the country given how large and diverse those needs actually are.

Maher cited the example of Malayalam and Odia language users who were active on the platform, while Hindi speaking users were relatively less active.

"We're really looking at this has how do we raise awareness, how do we connect us to the specific language needs of language communities, and then how do we think about having the tools that are appropriate for the way that people are seeking and contributing information today," she said.

Wikipedia, which turns 20 on January 15, 2021, has over 55 million articles that can be accessed in more than 300 languages for free without advertisements.

The platform is available in 24 Indian languages, including Hindi, Bengali, Punjabi, Tamil and Telugu.

Maher said the organisation recognises that India is quite large and there is a lot of knowledge to be gained and gathered.

"And so this will be a multi-year, really an entire decades-long commitment if we're to be able to meet these needs...," she added.

Maher said over the past two years, the organisation has invested deeply in mobile editing for Wikipedia.

"This is intentional because we recognise that this is where the majority of the world lives is in the mobiles on their pockets...And then specifically, how do we build tools that are relevant to the mobiles in people's pockets? So we recently launched an application on KaiOS which we recognise is one of the more common operating systems that is widely used across the Indian market," she said.

Wikipedia founder Jimmy Wales said it's model has always been based on the belief that knowledge belongs to all humans.

"Wikipedia forces us to step outside of our echo chambers and contend with what a shared understanding of the world could really look like.

“After all, a Wikipedia article is the same no matter who or where you are in the world, and if something isn't right in the article, you can change it," he added.

He added that Wikipedia aspires to reflect the sum of all human knowledge and acknowledged that there are deep knowledge gaps that must be addressed.

Initiatives like WikiProject Women in Red, WikiGap, and AfroCROWD among others aim to ensure that Wikipedia more fully represents the diversity of the world.

In India, the platform hosts programmes such as Wikiproject India, Project Tiger and Project SWASTHA to engage with local communities and enable credible information with Indian relevance to be available through partners such as Google, Centre for Internet and Society (CIS-A2K), NHA and global universities.

The Foundation recently developed a $4.5 million Equity Fund that will offer grants to advance more equitable, inclusive representation in Wikimedia projects, including Wikipedia.