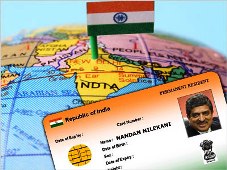 Kerala has asked the Centre to include NRI's also in the purview of Aadhar Card process.

The suggestion was made by Chief Minister Oommen Chandy at the on-going Pravasi Bharatiya Divas at Kochi.

Chandy requested the Centre to take suitable steps to include NRI's also in the purview of Aadhar Card after completion of the process in India.

Referring to the difficulties faced by non-resident Keralites, Chandy said the major complaint of overseas Indians especially from Gulf sector was about the 'lethargic attitude' of Air India.

often flights are cancelled at the last moment without proper notice which creates severe hardship to the passengers", he said.

The 'exorbitant' charges levied from the passengers from the Gulf sector also lead to severe criticism, he said.

In order to deal with the serious travel issues from Gulf, Kerala has taken steps to constitute a company called 'Air Kerala' to operate budget airline services from Gulf to Kerala, Chandy said.

Chandy said state government has initiated steps for amending Kerala Panchayati Raj and Municipal Acts so as to enable NRK's to take part in the local body polls.
© Copyright 2020 PTI. All rights reserved. Republication or redistribution of PTI content, including by framing or similar means, is expressly prohibited without the prior written consent.