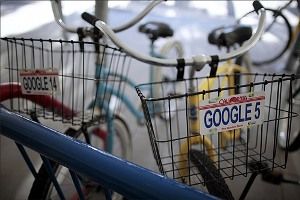 A first-of-its-kind hackathon aimed at creating applications to empower communities in India with technology-based solutions to public service problems will be held next month at the Google campuses in Bengaluru and California simultaneously.

Non-profit Code for India, which inspires techies to volunteer their time and talent to the developing world, on Thursday announced that parallel India-US hackathon will be held at the Google campuses in Bangalore and in Mountain View, California.

The hackathon is co-sponsored by the World Bank Institute, the World Bank Group's Open Finances team and Code For Resilience, a project of the Global Facility for Disaster Reduction and Recovery and ICT Unit of the World Bank in partnership with Code for Japan.

Other partners and supporters include Amazon, Cisco, Google, TiE (The Indus Entrepreneurs), Nasscom Foundation and AFI (Action for India).

Mehta said a key theme of the event is making India more resilient to natural disasters like earthquakes, drought or cyclones.

According to a statement, the World Bank Institute and the World Bank Group's Open Finances team have provided open data sets to 'Code for India' for the event.

These data sets include development and financial data as well as existing public sector and IFC projects, and will be a critical resource for participants in the hackathon, it said.

Image: Bicycles for use by employees. Photograph: Lucy Nicholson/Reuters