India's all-singing, all-dancing movie hits capture the attention of hundreds of millions of fans - but they generate precious little in box office profits for the world's largest cinema industry.

Now, with smartphone sales booming and India preparing for nationwide 4G Internet access, India's film and TV industry hopes the ease of tapping your phone for the latest release will generate profits at last, overcoming the problems of woefully few cinemas and rampant piracy.

India has about 10,000 cinema screens across a country of 1.3 billion - 8 for every million people, compared with 120 in the United States and 30 in China, according to digital film distribution network UFO Moviez.

That low density means that for most Indians, pirated content is the only way to see movies, costing the industry some 30 percent of potential annual gross collections.

"Even if we can manage to get a small fraction of the people to pay on their phones, you are looking at a market that can potentially become bigger than the box office," said Girish Johar, head of revenue at Essel Vision Production, part of Zee Entertainment Enterprises, one of India's largest media groups.

The profit boost for studios will in large part be driven by the rush for local-language content from platforms like Netflix Inc, which launched in India this year and is aggressively adding to its Hindi-language catalogue.

Homegrown rivals, though keen to forge partnerships with online streaming companies, are introducing their own platforms, a new revenue stream for production firms that earn little from either cinemas or DVD sales.

And the numbers add up.

Seven out of 10 Indians watch at least one online video a month, and in the next three years nearly 90 per cent of all Internet data in India is expected to be used towards streaming movies and television.

Key to the boom is cheap, fast, mobile broadband nationwide, which this year promises to bring millions online, even outside big cities.

India’s cash-rich Reliance Industries is expected to roll out one of the world’s largest 4G networks this year when it launches its Jio mobile network.

To keep up, incumbent players Bharti Airtel, Vodafone India and Idea Cellular are cutting Internet charges and building out their own high-speed data networks.

The results are good already for providers like YouTube, which says Indian usage has soared, outpacing global peers, thanks to mobile traffic which more than doubled last year.

The hope is that cheap, convenient content, perhaps 25 rupees (37 U.S. cents) for a movie streamed to your phone, will make piracy redundant.

Of course, getting cash out of the consumer remains a challenge, and subscription is an untested model.

"In the US, everybody has been paying for content but in India people don’t pay as easily,” said Gaurav Gandhi, chief operating officer of Viacom18, a venture between U.S. group Viacom and Reliance. Indians feel they pay for data, so the content should be free, he says.

But the growing use of phones as credit cards, to pay for small purchases, will help.

"We have to come up with our own model and a large part of that would rest in creating unique content for online,” said Radhika Kapoor, head of content Fox Star studios India that runs the Hotstar streaming platform.

Others argue the secret will be ad-driven content, that can be provided free. Indeed, getting users to stay loyal to one platform to leverage subscription revenue might be challenging, but getting advertisers interested is not.

Global advertising spends on digital media is likely to grow to 36 per cent by 2020 compared with 21 per cent in 2010, and consultancy Deloitte’s Hemant Joshi says India will lead the trend with digital ad spending likely to grow more than 400 per cent to Rs 354 billion ($5.3 billion) in the next five years.

“We have seen that advertisers get better reach through mobiles in India simply because there are more phones than TV screens," Joshi says. "That will only multiply."

Image: Commuters watch videos on their mobile phones as they travel in a suburban train in Mumbai. Photograph: Shailesh Andrade/Reuters

© Copyright 2021 Reuters Limited. All rights reserved. Republication or redistribution of Reuters content, including by framing or similar means, is expressly prohibited without the prior written consent of Reuters. Reuters shall not be liable for any errors or delays in the content, or for any actions taken in reliance thereon.
Related News: Vodafone India, Hemant Joshi, Reliance Industries, Netflix Inc, YouTube
SHARE THIS STORY
Print this article 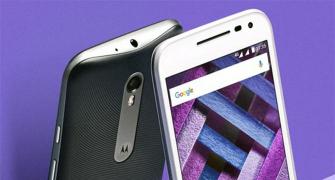 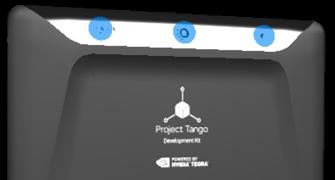 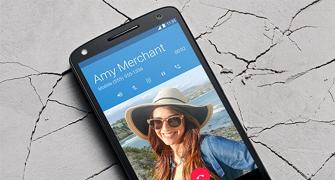 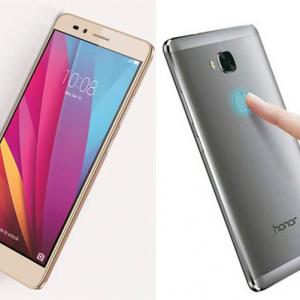 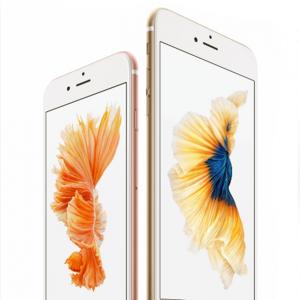