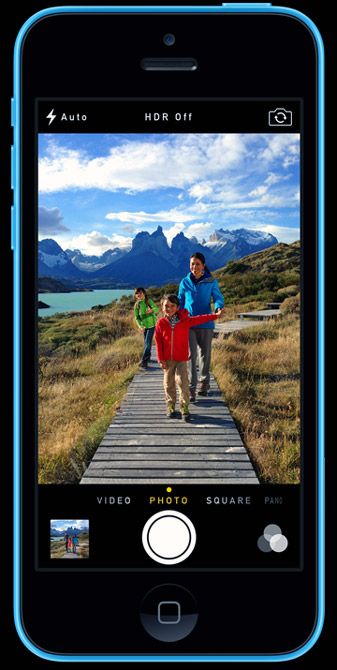 Tech giant Apple has launched the 8GB version of its iPhone 5C in India for Rs 37,500, a move aimed at capturing a larger share of the burgeoning smartphone market in India.

The new device will be available in the market over the next few days.

The iPhone 5C, along with Apple's flagship iPhone 5S, was launched globally last October. The 8GB variant of the device was launched in the UK and France under partnerships with telecom operators O2 and SFR.

Industry analysts suggest that steep pricing of its devices in India has been one of the reasons that Apple is still to figure among the top 3 players in the smartphone market, even though globally it ranks second to Samsung in terms of shipment.

iPhone 5C, the colourful devices that Apple brought out for price sensitive markets like China and India, is selling for over Rs 37,000 (16GB) and more than Rs 53,000 for the 32GB version.

In comparison, players like Motorola, Nokia and Intex have launched devices priced below Rs 12,000 in the country, which industry players feel is a Rs 28,000 crore opportunity.

Apple iPhone 5C features 4-inch Retina display that is seen in iPhone 5 and has almost identical internals, including Apple's A6 chipset, an 8MP rear camera with flash and a 1.2MP front-facing camera.

On the outside, it sports a polycarbonate shell with five colour options and a glossy finish. Previously, Apple had also introduced the 8GB variants of iPhone 4 and iPhone 4S in India.

Smartphone sales in India grew almost three-fold to over 44 million in 2013 from 16.2 million units in 2012, buoyed by a strong uptake of affordable devices made by local firms such as Micromax and Karbonn, according to research firm IDC.

"India was one of the fastest-growing countries worldwide in terms of smartphone adoption in 2013. This surge has been mainly powered by homegrown vendors, which have shown a tremendous and consistent growth over the past four quarters of 2013," IDC had said.