TCS is undertaking a significant performance-related restructuring of its workforce 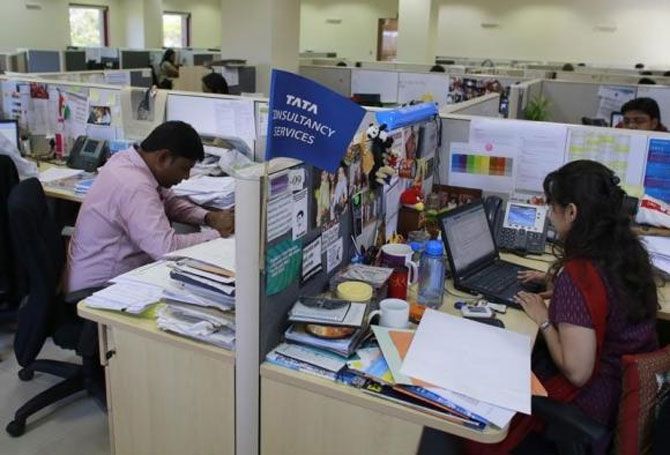 IT giant Tata Consultancy Services said on Friday that it is undertaking a performance-based workforce restructuring, but it is not a "retrenchment" exercise and the company may exceed its target of hiring 55,000 new professionals this fiscal.

Without giving any specific numbers for employees to be affected by this "continuous" restructuring process, the HR head of the country's largest software exporter also said that "it is not that everyone being relieved is a bad performer."

"It is not a special process. It is a continuous process," TCS EVP & head - Global HR Ajoyendra Mukherjee told reporters.

His comments follow reports about TCS undertaking a significant performance-related restructuring of its workforce, which may also lead to some employees being asked to leave the company.

Downplaying it as a "regular exercise", Mukherjee also said that the company was on track to meet its gross hiring target of 55,000 employees in the current fiscal ending March 31, 2015, and may even exceed it.

"This (restructuring) is nothing new what we are doing. This is something that goes on throughout the year. We are a performance-oriented organisation, we continue to look at the performance of each and every individual...we do have appraisal process, we measure how people are doing," he said.

"As we say, we are an organisation where we would like people to come in and make a career and continue to grow, but while doing that there are some business needs and there are people's aspirations, both have to match to a certain extent."

Mukherjee said there are different kinds of challenges that may lead to involuntary attrition.

"Some of you may ask, what is the kind of target that I have for this? My answer is I don't have a target, it is not a target driven exercise because if it was that- then it would be more of a retrenchment process. I'm not going through that."

About hiring plans, Mukherjee said "If you look at my hiring target - 55,000 - I'm on track, probably we will be doing more. At this stage I'm not in a position to tell you by how much, but we will definitely exceed that target".

He said that the company has a campus offer target of 35,000 people and it has already made over 31,000 offers and more than 3000 offers would be made during the fiscal.

"It (restructuring) is more of a business need vis-a-vis people's aspiration matching; it goes on throughout the year and it is not that is something happening today," Mukherjee added.

Stating that it is too early to comment on 2016 hiring outlook, he said "planning is on at this point in time, by end of February or early March I will announce the number.