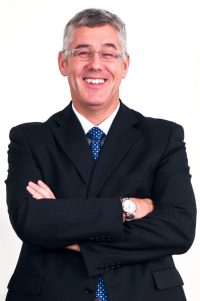 "Slym shall lead all operations of Tata Motors in India and international markets, including South Korea, Thailand, Spain, Indonesia and South Africa," the company said in a statement.

Jaguar Land Rover would continue to be managed independently, it added.

Prior to his appointment, Slym has been the Executive Vice-President and Board Member SGMW Motors, a three way joint venture China's SAIC Motor Corporation Ltd and Liuzhou Wuling Motors Co Ltd and General Motors.

Slym has the experience of working in India when he was the President and Managing Director of General Motors India.

The post of MD at Tata Motors has been lying vacant since the retirement of P M Telang on June 21. In the interim the company's overall responsibility was taken care of by an interim committee comprising its Chairman Ratan Tata and Vice-Chairman Ravi Kant.

Slym is expected to take over his responsibilities on October 1, the company said.
© Copyright 2021 PTI. All rights reserved. Republication or redistribution of PTI content, including by framing or similar means, is expressly prohibited without the prior written consent.