Fiat has already decided to relocate the Termini Imerese plant, preferably to cost-effective areas of Poland or Germany, in 2011.

The exploratory work by Tata Motors and M&M, which have emerged as major players in the vibrant Italian auto market, is crucial especially when Chinese companies have conveyed their willingness to strike the deal with Fiat.

The plant makes the Lancia Ypsilon (a three-door hatchback) and has a daily production capacity of 400 cars, and employs 3,500 people. Another 3,000 are engaged in vendor and related activities.

Senior officials accompanying Italy's Minister of Economic Development Claudio Scajola told Business Standard on Wednesday that both Indian auto makers have shown their desire for the proposed takeover and are believed to have launched separate negotiations with Fiat. The minister asserted, "Indian investors, including Tata Motors and M&M, are welcome in Italy."

Scajola clarified that he was not aware of negotiations initiated by Indian auto giants with Fiat. The minister went on to add, "During my visit to Delhi and Mumbai, I was pleased to see Linea and Punto."

Contacted, M&M officials declined to comment, while a Tata Motors spokesperson said, "Tata Motors does not comment on such matters."

Last month, Fiat Chief Executive Sergio Marchionne said that keeping all its six plants in Italy operational was not feasible due to tight financial conditions. It is contemplating keeping the beleaguered Imerese plant open for products other than cars.

The Italian government is keen on not letting the facility shut its operations as it involves job loses. Despite financial assurances given from the local and federal governments to Fiat involving a support of ¤400 million, the company has decided to move away from the plant. Sicily also happens to be home for Italian Prime Minister Silvio Berlusconi.

Recently, Fiat cut production to cope with lower demand and put thousands of workers at its plants on temporary layoffs with reduced pay across Europe. In Italy alone, the company has 21,000 employees. This is unlike its India operation where the company has substantially increased production of cars and engines over the past two years and has launched multiple models. 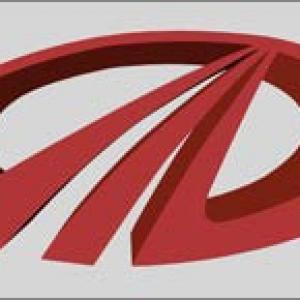