The Fed has kept overnight rates near zero since December 2008. Officials from the US central bank will meet on June 16-17. 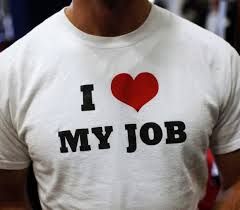 US job growth accelerated sharply in May and wages picked up, signs of momentum in the economy that bolster prospects for an interest rate hike in September.

While the unemployment rate rose to 5.5 per cent from a near seven-year low of 5.4 per cent in April that was because more people, likely new college graduates, entered the labor force, indicating confidence in the jobs market.

Payrolls for March and April were revised to show 32,000 more jobs created than previously reported.

That together with an eight cent gain in average hourly earnings raises the chances of the Federal Reserve tightening monetary policy this year.

The dollar rallied against a basket of currencies, while prices for US government debt dropped sharply. US stock index futures fell.

Doubts had sprung up in financial markets over whether the US central bank would be able to raise interest rates this year after weak data on consumer spending and industrial production suggested the economy lacked vigor early in the second quarter after slumping at the start of the year.

The Fed has kept overnight rates near zero since December 2008. Officials from the US central bank will meet on June 16-17.

US gross domestic product contracted at a 0.7 per cent annual pace in the first quarter, although the drop probably exaggerated the economy's weakness given a mix of temporary factors at play.

The sturdy jobs reports joined May automobile sales and manufacturing data in suggesting that growth was gaining some traction after getting off to a slow start in the second quarter, in part because of the lingering effects of a strong dollar and spending cuts in the energy sector.

Economists polled by Reuters had forecast payrolls rising 225,000 last month and the unemployment rate steady at 5.4 per cent.

The labor force participation rate, or the share of working-age Americans who are employed or at least looking for a job, increased 0.1 percentage point to 62.9 percent last month.

A broad measure of joblessness that includes people who want to work but have given up searching and those working part-time because they cannot find full-time employment was unchanged at 10.8 per cent.

The increase in average hourly earnings took the year-on-year gain to 2.3 per cent, the largest rise since August 2013.

Wages are poised to push higher against the backdrop of firming demand for entry-level workers and a better composition of jobs that are being created. In addition, many states have raised the minimum wage and some large corporations have been increasing pay for workers.

Walmart, the largest private employer in the United States, this week announced it would raise minimum wages for more than 100,000 US workers, its second wage hike this year.

Payroll gains last month were broad-based, though the mining sector purged more jobs as it works through the thousands of cuts announced by oil-field companies.

Schlumberger has announced about 20,000 layoffs this year.

Baker Hughes and Halliburton are also cutting thousands of jobs.