News
Business
Movies
Sports
Cricket
Get Ahead
Money Tips
Shopping
Sign in  |  Create a Rediffmail account
Rediff.com  » Business » Strange case of why the handloom board was abolished

The Bharatiya Janata Party manifesto in 2014 announced it would set up a separate ministry for handlooms and handicraft.

Instead of doing that, the BJP government has abolished the only institution that took into account the voice of the weavers. Aditi Phadnis reports. 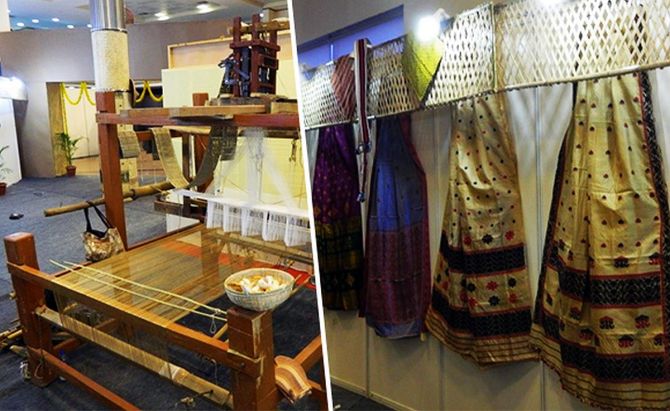 A little over a week before India celebrated the National Handloom Day on August 7, the All India Handloom Board (AIHB) was abolished through a terse July-27 notification that said the step was being taken in pursuance of the “minimum government, maximum governance” maxim.

When asked about the implications of this step, a former textiles secretary said: “Oh? Was there a handloom board? Really? When was it abolished?”

Activists describe the board as a chai-samosa setup that served basically to “oblige” Tier 2 workers and sympathisers in political parties.

"But even if members said sensible things, their suggestions didn’t always make it to the policy,” says a bureaucrat who has served in the ministry of textiles.

Laila Tyabji of Dastkar has a different view.

“All these years, it (AIHB) remained the one official forum, however watered down, where the voices and views of weavers and craftspeople could be expressed directly,” she says.

The board was “one place where representatives of the sector were present in considerable numbers, and were empowered to advise the government in policy and sectoral spending.

"Spaces where people can interact directly with the government, or be part of their own governance, are becoming fewer in number. It is worrying.”

Umang Shridhar, who runs KhaDigi, a group that brings weavers in Madhya Pradesh together to produce and market khadi and chanderi, says: “There are 11 million handloom weavers in India.

"What would it have cost the government to hold consultations with some before dismantling this body?

"It is so easy to tear down, so difficult to create.”

“The reason given for the abolition is that it is part of “minimum government and maximum governance’, a leaner government machinery and the need for systematic rationalisation of government bodies.

"This argument is specious. The All India Handloom Board was the only institutional interface between the government and handloom weavers,” he says.

"The handloom sector’s turnover is a whopping Rs 100,000 crore, higher than many of the industrial sectors.

"What was needed was the reconstitution of the board with a mandate reflecting the needs of policy-making, monitoring, review and public hearing functions.”

This much is true: That the AIHB may have felt strongly about the myriad problems facing the handloom sector and might have been powerless to intervene.

But its abolition doesn’t mean the problems have gone away.

The biggest problem is certification. What constitutes “handloom” and “khadi”? Is all handloom khadi?

The AIHB had no provenance over certification of handloom.

That was done by a committee in the ministry of textiles. And the Khadi and Village Industries Corporation (KVIC) is the sole body to certify a fabric as khadi.

But the khadi and handloom producers’ universe was shaken to the core when in 2018, KVIC slapped a case against well-known handloom and handicraft retailer FabIndia in the Bombay high court demanding damages amounting to Rs 525 crore for “illegally” using its trademark charkha and selling apparel with the khadi tag.

It sought an “unconditional apology” and a written undertaking from FabIndia that it will not deal in any khadi or related products bearing the khadi trademark.

FabIndia complied. But activists point out that much of the fabric the company procured was from KVIC.

Shridhar says, “Many of the designers who buy fabric from us -- we have khadi certification -- became wary.

"What if tomorrow the KVIC filed a court case against us? Or the designers?”

The fact is, once certification is obtained, there is hardly any check on whether the product sold is khadi, handloom or whether powerlooms have been used to produce it.

Here lies the rub. “A handloom artisan might work for days to produce fabric that is woven purely by hand.

"But if he uses powerloom to partially produce the same fabric, the cost naturally comes down.

Given a chance, the All India Handloom Board might have taken this issue up and thrashed it out, forcing a policy intervention.

But for the last six years, says Shikha Tyagi, an expert in the field, there have been no meetings of the AIHB.

She also says the handloom sector is spread over many ministries and none has the responsibility of overseeing it.

The ministry of mini, small and medium enterprises (MSME) has jurisdiction over one part of handlooms.

And then, of course, there is the KVIC, which is a kingdom unto itself.

When Nitin Gadkari was president of the Bharatiya Janata Party, the party had announced it would set up a separate ministry for handlooms and handicraft.

The promise was included in the BJP’s manifesto in 2014.

Instead of doing that, the BJP government has abolished the only institution that took into account the voice of the karigar. 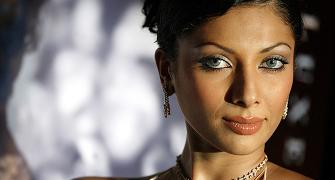 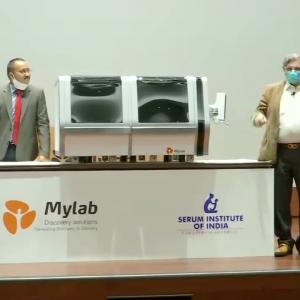 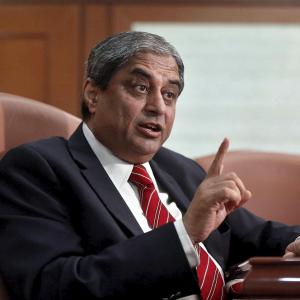