Though the Bills of Punjab and Rajasthan have a lot of similarities, the one approved by the Chhattisgarh Assembly is structurally different. None of the three has tried to address a key demand of the agitating farmers in full, which is to make all payments below the MSP, within and outside mandis, illegal. 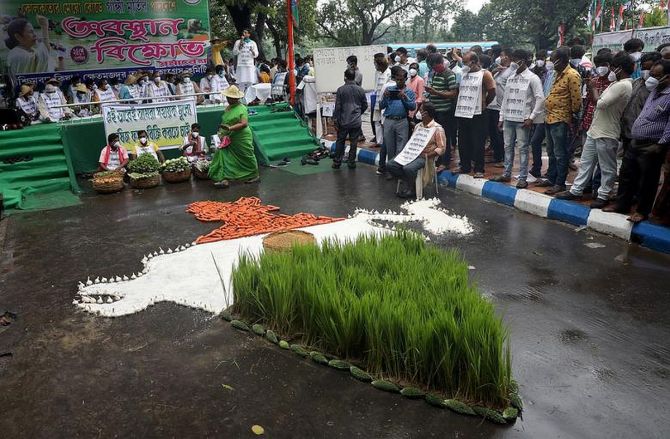 After Punjab, Chhattisgarh and Rajasthan, all three with Congress-run governments, have come up with their own versions of farm Bills, to blunt the impact of the Central Acts and protect “the interests of the farmers”.

However, question remains on the admissibility of the Bills and how they can become law, but the pieces of legislation have thrown open another path of confrontation between the Centre and states.

Though the Bills of Punjab and Rajasthan have a lot of similarities, the one approved by the Chhattisgarh Assembly is structurally different.

None of the three has tried to address a key demand of the agitating farmers in full, which is to make all payments below the minimum support price (MSP), within and outside mandis, illegal.

While the Punjab legislation says none can compel a farmer to sell his produce below the MSP, it also says that no sale of wheat and paddy in the state will be valid unless it is sold at a price equivalent to the MSP or more than that.

In other words, the Punjab Bill ensures MSPs, but only for wheat and paddy. Experts say in the state several crops, such as maize and cotton, are regularly sold below the MSP.

The reason is not difficult to find. Punjab is a major contributor of wheat and paddy to the Central stocks, and Food Corporation of India (FCI) annually purchases 24-26 million tonnes of those crops from the state.

This in 2019-20 was more than 30 per cent of the country’s procurement for the Central pool.

The Punjab Bill tries to ensure that FCI in no condition buys wheat and paddy from the state at below the MSP because it is the largest purchaser, but at the same it continues to pay taxes and levies the state charges on such purchases.

A provision in one of the Bills also says the state will have the powers the levy fees or charges on all transactions in the trade area.

“Trade area”, according to the Central legislation, is an area that lies outside the designated mandis, agriculture produce marketing committees (APMCs), or any other place that has been declared “deemed APMC” in terms of the state mandi Act concerned.

The amendment to the Central Contract Farming Act, as proposed by the Punjab government, says that no sale or purchase of wheat and paddy will be valid under any contract unless the price paid is more than the MSP.

But NITI Aayog member Ramesh Chand in a recent article argued against any move to guarantee MSP and said economic theory, as well as experience, indicates that a price level that isn’t supported by demand and supply cannot be sustained through legal measures.

Critics also say this provision is flawed because there is hardly any contract farming done for wheat and paddy in Punjab.

Sukhpal Singh, professor and chairperson at the Centre for Management of Agriculture in IIM-Ahmedabad, in an article written for the online edition of this paper, said in sum though, through the amendments to the three Central laws, the state government had tried to assert its federal rights, the Bills did not have any tangible benefits for the farmers.

In the case of Chhattisgarh and Rajasthan, the issues are different and, therefore, the state governments have approached the Bills in a different way.

Chhattisgarh has emerged as one of the major contributors of rice to the Central pool and annually contributes 5.5-6 million tonnes of rice to it.

The state could ill afford to take on the Central agencies because that would disturb the delicate equations it has with the Centre.

Therefore, in its farm legislation, it has not even spoken about the Central laws.

In fact, while participating in a discussion on the farm Bills, the state’s agriculture minister, Ravindra Choubey, said the legislation did not violate any provisions of the Central laws.

The Chhattisgarh Bill is largely an amendment to its APMC bylaws, which seek to designate warehouses, silos, and private storage spaces mandis.

This will enable the state to levy fees and charges on them.

Similarly, the Rajasthan Bills, which, just like those in Punjab, are an amendment to the Central Acts, are silent on enforcing MSPs except in the case of contract agreements.

In another piece, Singh wrote the Rajasthan Bills, just like those in Punjab, tried to assert the state’s federal rights but there were several lacunae that would make many provisions to protect farmer interests ineffective. 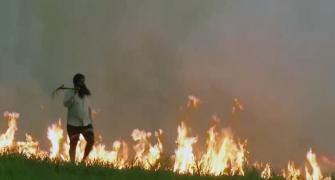 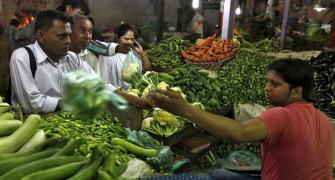