Share swap has moved the 'founder tag' from Sam Pitroda and Suman Dubey to the Gandhis. 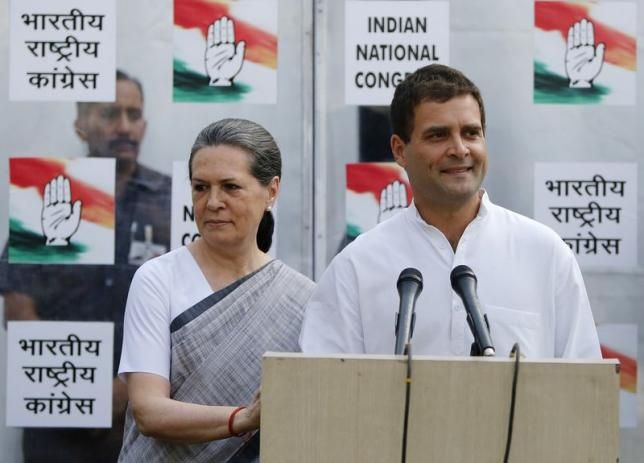 These rights ensure that the control of the company, founded in 2010 to take control of The Associated Journals, which owns National Herald and substantial real estate assets across the country, remains within the families of these members.

While the Gandhi mother and son own 38 per cent each in the company, their senior party colleagues, Oscar Fernandes and Motilal Vora, hold the remaining 24 per cent between them.

The sequence of events as reported by the company in its official filings shows how the 'founder member' tag has moved from the original holders to the two key players.

The articles of association of the company filed with the Union ministry of corporate affairs provide for three types of members in the company: founder members, patron members and ordinary members.

Shares held by founder members enjoy several special succession and transferability rights vis-a-vis those in the hands of others who are inducted into the company at a later stage.

The company can admit up to 50 members.

The shareholding rights of these ordinary members are severely restricted.

"Patron members and ordinary members shall have no right to transfer or transmit their membership and such membership shall terminate on the death of such members," say the articles of association.

Further, these patron and ordinary members cannot freely transfer their shares. The articles provide that these members have to offer the shares they want to sell to the managing committee which will then act as an agent for the sale and determine the price in consultation with the auditor.

The shares will be first offered to the founder members. If the founders do not show any interest, then the committee shall go for a buyback. 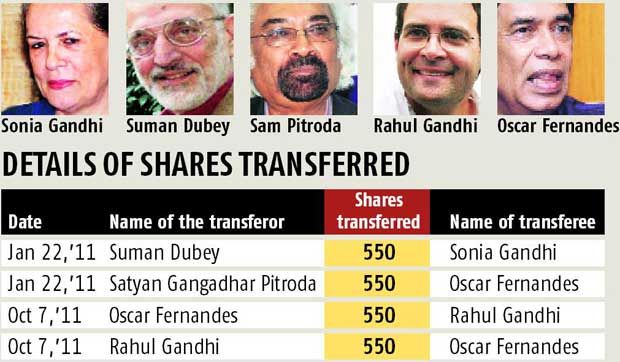 Who is a founder member?

According to the memorandum of association dated October 14, 2010, the original subscribers, or founder members, were technocrat Sam Pitroda and journalist Suman Dubey. These two held 550 shares each at this point.

Fresh shares, however, were allotted by Young Indian to Sonia, Rahul, Fernandes and Vora on January 22, 2011- the day after the extraordinary general meeting of The Associated Journals approved the assignment of its loans to Young Indian.

On the same day, the original founder members transferred their shareholding: Dubey's 550 shares were allotted to Sonia taking her holding to 1,900 shares, while Pitroda's shares went to Fernandes, taking his stake to 600 shares.

These transactions ensured that Sonia and Fernandes became the new founder members in place of Dubey and Pitroda. Around the same time, a number of new shareholders also entered the managing committee.

Nine months later, in October 2011, Fernandes transferred his 550 shares to Rahul. The same day he got 550 shares of Young Indian.

This swap transaction marked as 'T2' in the annual return for the financial year ending March 2012 doesn't make sense, unless Rahul was given 'founder member' shares in return for ordinary shares.

As the articles allow founder members to pass on their shares to their successors, Rahul would be in complete control of the company in case his mother, Sonia, decided to nominate him as the successor for her shareholding.

With all the founder member shares, Rahul's hold would be absolute on the managing committee, the chief decision-making body of Young Indian.

He would also have the right to nominate a successor, as provided in the articles of association, ensuring the control remains within the family for perpetuity.

On whether the structures are designed to eventually hand over the reins of National Herald to Rahul, Congress spokesperson Randeep Surjewala replied in the negative. In an email, he said, "None of the founding members has filed any nomination for his/her shareholding at this point."

In addition to succession rights, founder members also enjoy the right to appoint at least three-fourths of the members to the managing committee. The rest could be appointed by patron and ordinary members.

The structure and the special rights for founder members are "to ensure that the custodianship of Young Indian remains in perpetuity in the safe hands of senior office bearers of the Indian National Congress," Surjewala said in the email.

When asked whether such structures are common in non-profit firms, Surjewala said, "We are not aware of this."

A senior company secretary says, "It is not uncommon to find different kinds of members with the differential rights. But, it is the context here that decides the importance of the text." 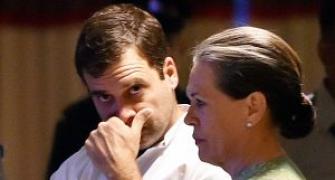 Back from Europe, Rahul to visit Mumbai on January 15 and 16 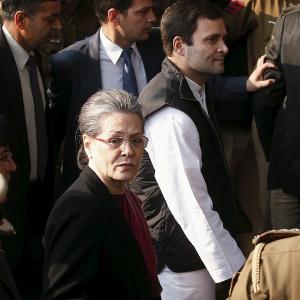 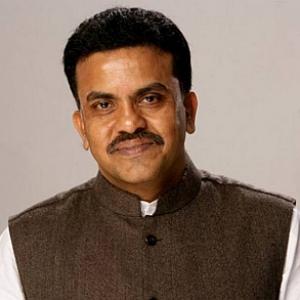