A project that brought hope and despair to Ratnagiri

Ratnagiri Gas & Power did some local development under its corporate social responsibility programme when it started making profits in 2011 but the financial crunch that followed forced it to abandon it. 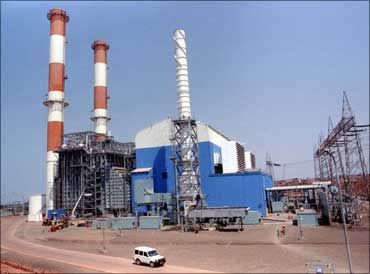 Yeshwant Sonu Bait, the sarpanch of Anjanwel, has only one question to all the stakeholders of Dabhol power plant: "If in 1994 electricity from the Dabhol power plant was needed, why is it that after 20 years when demand has only grown, power from the project is not needed?"

Bait, a member of the Bharatiya Janata Party, was a part of the Enron Virodhi Sangharsh Samiti when Enron, the American multinational, was setting up the Dabhol power plant back in the '90s.

"We opposed the project because it was being set up by a foreign company. Besides, such projects pollute the surrounding areas."

For Bait and many villagers of Anjanwel, hope came when the Central government "nationalised" the project in 2005.

"The plant started functioning again in 2006 and we thought since it is an Indian company, people will get jobs, but it is unfortunate that there is no system in place for employment," he rues.

Locals are hired for skilled as well as unskilled jobs in the non-executive category through Utility Power Tech, a venture of NTPC and Reliance Infrastructure.

Besides, in the executive category, there are 46 officers from GAIL (India), 37 from NTPC and 31 from Ratnagiri Gas & Power's own cadre.

When operations of the power plant shut down in December 2013, some 300 unskilled workers on contract with Utility Power Tech were rendered jobless.

"If I was in Mumbai, then the only way out for me was to jump into the sea," says Nitin Morey who lost his housekeeping job after operations were scaled down.

He now depends on his farm for survival where he grows mango, coconut, cashew and some grain.

Morey started working in Dabhol at a salary of Rs 140 a day in April 2006. In February this year, when he lost his job, he was earning about Rs 231 a day.

Bait alleges collusion in hiring "favoured persons", despite a Bombay High Court decision saying that those who have lost their land should be given jobs.

Employment is not the only casualty in the chequered history of the project.

A hospital building, a school and unfinished staff and CISF quarters are among the unused assets created around the project.

The Dabhol Power Charitable Trust used to run the hospital and school but, according to Bait, since no entity got the custody of the two buildings, they are lying unused.

Ratnagiri Gas & Power did some local development under its corporate social responsibility programme when it started making profits in 2011 but the financial crunch that followed forced it to abandon it. 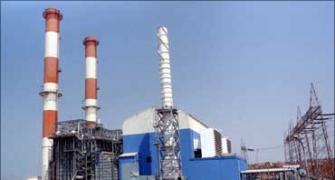 Dabhol plant may restart this week 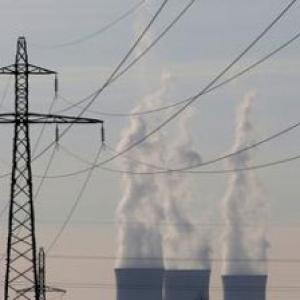 Dabhol power project to be split to revive plant