Modi government's health ministry is good at making new claims but there is no visible sign of any new programme being initiated, finds out Manoj K. 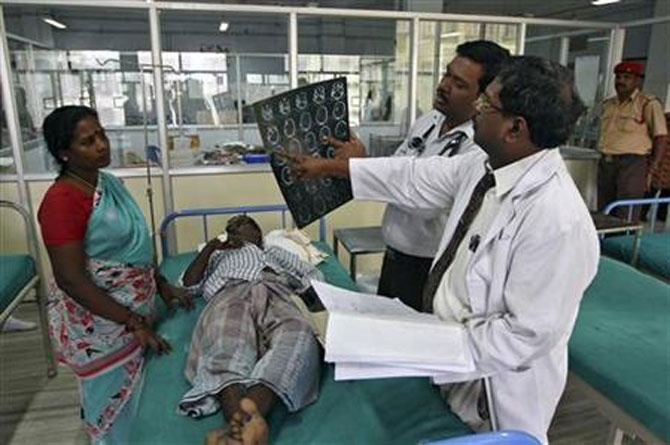 During the last week of May 2015, several ministries of the Central Government released performance report-cards, listing their achievements during Prime Minister Narendra Modi’s one year in office.

A fact-check of 14 departments and ministries reveals a string of overblown or misleading claims–alongside many new initiatives.

The 2nd part of the series deals with India's 'sick' public health system, where new claims are made with no visible new programmes.

During Prime Minister Narendra Modi’s first year in office, the health ministry has relaunched existing programmes and claimed credit for programmes not launched by the National Democratic Alliance (NDA) government.

Fact Checker took a look at the claims and realities:

Mission Indradhanush, a new immunisation programme: Only the name is new.

Reality: Mission Indradhanush is the new name for Special Immunisation Weeks (SIWs), which have been conducted every year in areas of low immunisation under the Universal Immunisation Programme (UIP).

Special vaccination campaigns have been planned for seven to 10 days in 201 high-focus districts during March-June 2015 under Mission Indradhanush. But this has routinely been done in preceding years.

For example, in 2013-14, four rounds (April, June, July and August) of SIWs were conducted in 31 states and union territories. More than 9.8 million doses of various antigens were administered to children.

Similarly, during 2012-13, SIWs were carried out in low-coverage areas and more than 17.3 million doses of various antigens were administered.

Mission Indradhanush will be world’s largest immunisation drive: It already is.

Reality: UIP is one of the largest programs in the world, according to immunisation summary report jointly published by United Nations Children’s Fund and World Health Organisation.

More than 20 million pregnant women and children were immunised during 2011-12, according to data released by the health ministry.

India Newborn Action Plan (INAP): One of many existing plans.

Claim: INAP aims to end all preventable new-born deaths and still births by 2030.

Reality: INAP is the latest entrant to a long list of existing interventions under the National Health Mission (NHM) to reduce neo-natal and maternal mortality.

A few of these interventions and programmes are:

Reality: The work of framing a national mental-health policy began in April 2011, following a resolution on mental disorders adopted at the World health Assembly. The government constituted a policy group to frame a mental-health policy, launched in October 2014.

Manoj K is a graduate of the Indian Institute of Technology, Delhi, and the founder of the Centre for Governance and Development. He has a special interest in transparency and accountability in governance and has spearheaded several projects on these subjects. He can be contacted at manoj@cgdindia.org. 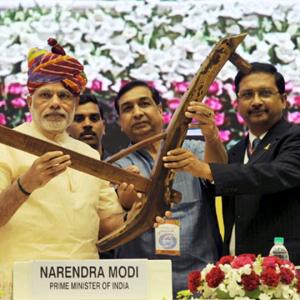