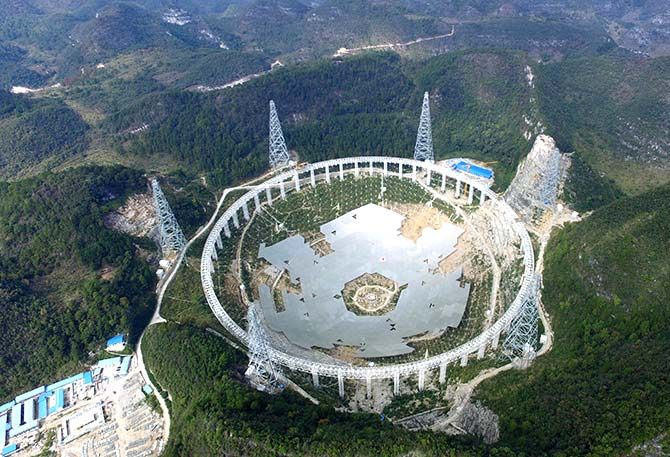 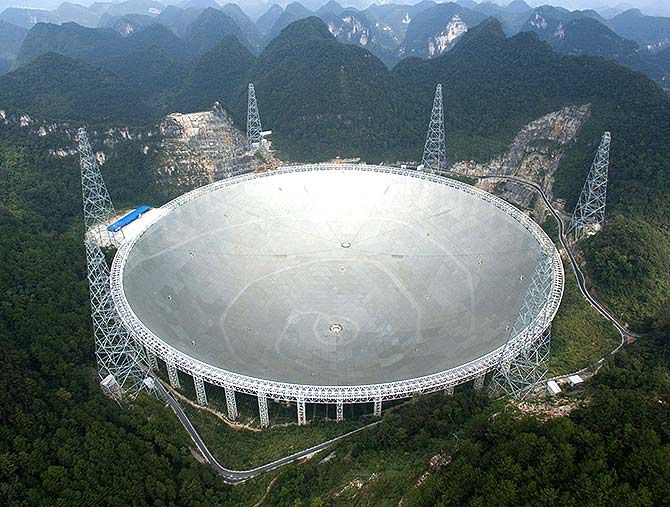 Image: FAST is being put into use on Sunday. ' Photograph: Reuters.

The media outlet said, it was launched 17 years after the project was first proposed by Chinese astronomers and more than five years after work began on the $180 million structure. 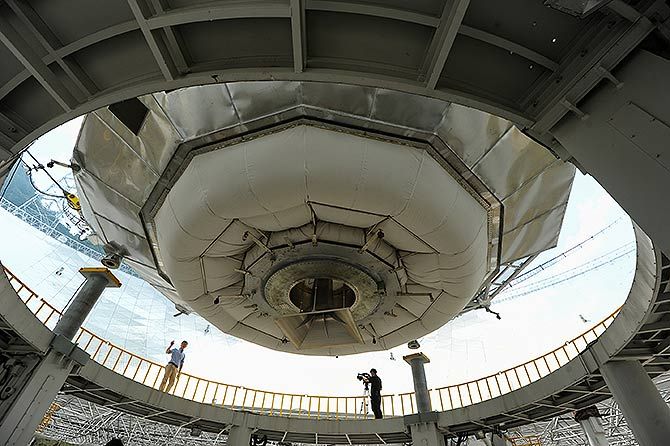 It is the size of 30 football pitches and is made up of 4,450 panels. To move room for FAST, 8,000 people were displaced. The Chinese government set aside $269 million to relocate these displaced people. 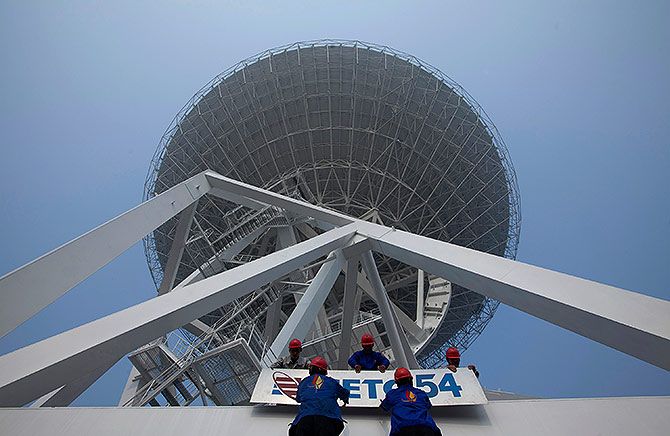 Image: Employees install a signage of the 54th Research Institute of CETC (China Electronic Technology Group Corporation), which took the main responsibility of the research and development tasks of the massive radio telescope. ' Photograph: Reuters.

Xinhua described FAST as a "super-sensitive 'ear' capable of spotting very weak messages - if there are any - from space."

The project was spearheaded by the Chinese Academy of Sciences. 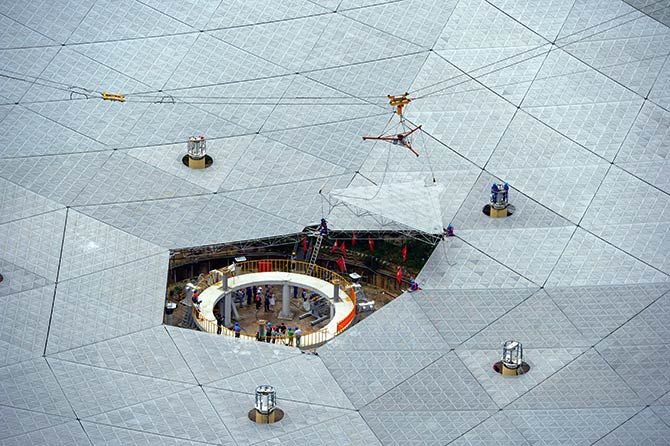 It is expected to "search for signals from an extraterrestrial intelligence, and enable the detection of new pulsars - the spinning remnants of dead stars - in our galaxy and others."

Xinhua said that in a recent trial, FAST had detected high-quality electromagenitc waves sent from a pulsar about 1,351 light-years from Earth. 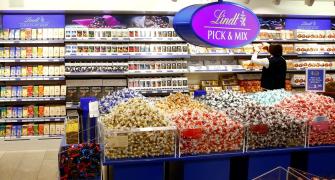 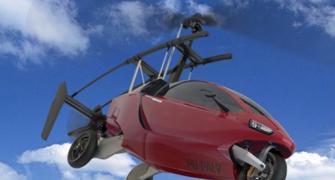 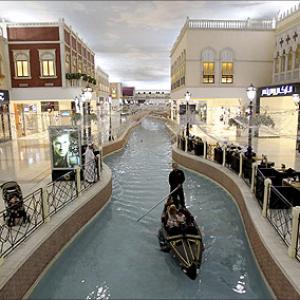 PHOTOS: A tour of the world's 30 stunning malls 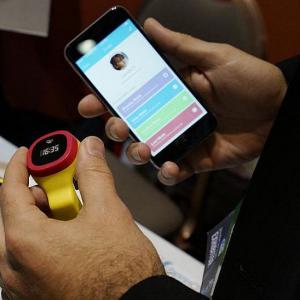