The subprime crisis followed by global meltdown has had its share of fallouts; yet there is a silver line which has the world order gearing up for a new era of financial discipline, tax transparency and enhanced regulation.

Ironically, one of the positives borne out from the recent economic upheaval has been a focus in ensuring robust transparency standards in tax matters.

Before delving upon how critical a role tax governance and information exchange plays in addressing financial disorder, let me focus on tax evasion through 'money laundering' and how the absence of inadequate standards in tax discipline have abated this menace.

This will put in perspective the role of domestic and cross border  tax policy, in tandem with other regulatory measures, to combat tax evasion, whether with or without the aid of money laundering.

An Asian regional event hosted last week with the support from Federal Ministry of Finance, Germany and Indian Ministry of Finance has put in motion a debate on prevention of money laundering, in general and contextual role of tax treaties and tax administration.

What's the colour of money!

Money laundering as loosely defined is an act of 'washing' away unaccounted or illicitly sourced money through a cobweb of complex transactions typically involving more than one jurisdiction.

The objective is to hide the ownership or the destination of such funds. A typical 'laundering' scheme has three stages:

a) Placement stage - the objective is to move illicit funds away from source location; sources can be traced to 'cash intensive' illegal businesses such as drug trafficking, bribes, etc;

b) Layering stage - the most crucial stage as money virtually changes its color here. Objective being to conceal ownership and mitigate audit trail by deploying funds in complex dealings (stocks, commodity futures, investments).

Often the sheer volume of transactions makes it difficult to trace the origin of funds. Most common form of layering entails placing funds at the disposal of financial intermediaries in tax efficient jurisdictions as it's easier to ensure secrecy about its origin under 'de facto' banking secrecy norms.

c) Integration stage - Its the final step wherein  the 'cleaned' money is deployed for integration in the real economy and my focus here is not to deal with deployment for other forms of crime such as terrorism etc.

While 'launder' of illicit funds is not a 21st century phenomenon, what is  perplexing is the sheer size of this 'industry' - IMF forecast for June 2010 indicate that the aggregate size of money laundering is between 2 to 5 per cent of reported global GDP of $60 trillion making it effectively the 3rd largest industry.

In the 80's, the Chinese Government turned a blind eye to investments made by Overseas Chinese ostensibly round tripped. India however cracked the whip on round tripping in early days of economic liberalisation.

Last weeks wider dialogue on money laundering is suggestive of well coordinated approach to deal with money laundering menace and important economies should expect spate of regulations at domestic and bilateral/multi lateral level.

G-20 communiqué and crack down on tax havens

The summit proclaimed an end to the 'era of banking secrecy' and announced IMF sanctions on tax havens unwilling to share information.

Following the G-20, OECD published a report on implementation of internationally agreed standard on exchange of information for tax purposes classifying countries in black, grey and white list. In 2009 report, four nations were identified in the black list, for not having committed to globally accepted transparency standards.

Latest OECD report (of November 2010), the four countries (Uruguay, Malaysia, Philippines and Costa Rica) have moved into white/grey list for either having substantially implemented these standards or have at least committed to such implementation.

In a related development post the G-20 summit, certain jurisdictions (Switzerland, Liechtenstein, Luxembourg, and Austria) offered to relax their banking secrecy norms to exchange tax information with Revenue authorities of other jurisdictions.

Immediately prior to this ,in an unprecedented development in the history of Swiss Banking industry, UBS agreed to share client data with the US IRS in a tax probe, triggering a debate on client confidentially and information secrecy norms.

This was in pursuance to a settlement between the Swiss bank with the IRS investigating tax evasion against 4,450 US nationals.

Following these developments, India upped the ante seeking information from the Swiss authorities under Article 26 of the Exchange of information clause of the tax treaty. The Swiss however cold shouldered India's request for information citing Banking secrecy code as an impediment and absence of comprehensive Tax Information Exchange Agreement (TIEA).

To deal with growing focus on exchange of information and overcome an organic difficulty like India faced with Switzerland, Governments have come to realise the importance of TIEA's.

TIEAs are bilateral agreements intended for use where a Double Taxation Avoidance Agreement (DTAAs) is considered inadequate for exchange of information. TIEAs though narrower in scope than DTAAs, are comprehensive on the subject and lay down detailed guidance.

The 2002 OECD Model Agreement on Exchange of Information on Tax Matters serves as base document for negotiation between countries. In 2009, the model agreement was endorsed by most key jurisdictions including by nations who have traditionally sought waiver under banking secrecy and client confidentiality norms.

For the record, the UN has incorporated the Model in its Model Tax Convention; this bears relevance for Indian tax treaties as majority of Indian DTAAs are modelled on UN model.

Most governments on the pretext of 'de facto banking secrecy' do not permit access to information from their financial institutions and banks. Such hurdles could limit ability to implement these standards.

The Swiss bank and US IRS settlement in wake of the economic crisis resulted in inking of TEIA for disclosure of American taxpayers' details to establish tax evasion.

The skeptic in me anticipated in May 8 column that a sudden drive for information sharing could lead to an environment of 'over regulation' and may hurt credibility of information exchange process besides harming the institution of private banking.

Calibrated roll out of TIEA will facilitate banks to implement rigorous KYC standards an area where the banking industry has made material progress.

My apprehension was not exaggerated as recently the US IRS abandoned legal push to force Swiss bank UBS to disclose taxpayers details. The move came on the back of US dropping criminal charges last month against the bank after the 18-month probation for selling offshore tax services.

Presumably, disclosures made in 2009 by Swiss government and banks would have helped the US IRS arrive at a comprise solution. The US IRS' move is caution for other governments to avoid an environment of 'over regulation'.

The Swiss-US saga is far from over given decisions of Swiss Courts in past 2 months. A federal administrative Court ruled that Swiss authorities may not disclose the bank account details of people resorting to tax evasion.

The Ruling followed another Court holding that Switzerland's financial regulator violated Swiss law when it turned over data regarding Swiss banking clients in 2009. These developments have placed the information exchange treaties between the two nations in jeopardy.

It is unlikely that the Swiss Government wants confrontation with the US and hence a remedy could be an emergency decree (by the Swiss Govt) to enforce the information exchange treaty, which would be beyond the scope of Swiss court's administrative ruling.

However, this all remains to be negotiated, else, it may lead to an international dispute.

India rushes with spate of regulations

With the global movement to combat the might of 'parallel' economy, India has not lagged behind. The legislative amendments to the Indian Income-tax law ( in 2009) empowering the Government to sign agreements with non-sovereign states and rush to sign TEIA are indicative of the government's endeavours.

Recent statistics reveal that the Government is negotiating limited tax treaties with 11 non-sovereign states and TIEAs with 20 prioritised countries. Needless to mention, hurdles to implement such agreements are yet to be witnessed as the international tax fraternity attention is focused on Swiss- US impasse.

Besides, the impending tax reforms (the Direct Taxes code) would institute additional checks in the domestic legislation to combat tax evasion. The regulations are taking shape in the form of General anti-avoidance rules, Controlled foreign corporation regime, limited treaty override provisions and arms length pricing of transactions with specified jurisdictions.

To conclude, it is not easy to paint a clear picture on evolving landscape as Indian policy makers will have to keep watch on international developments.

I would think that institutionalising robust standards for transparency as means of reliable governance in tax matter alone would require attitudinal shift from countries by forging partnerships since individual attempts would raise stress levels between nations.

Whilst the international framework such as OECD Forum on Transparency & Exchange of information, Financial Action Task Force (FATF)] could provide impetus, sustaining it would require behavioural alignment by countries including India.

Taking a cue from the recent developments between US and Switzerland, it is important for India to realise that regulations require judicious balance between  sustenance of economic cross border activities and need for 'just' adequate regulations. An over-drive to 'regulate' could indeed do more harm than accomplish the desired objectives.

The author is a Partner with BMR Legal and was assisted by Sumit Singhania. Views are entirely personal. 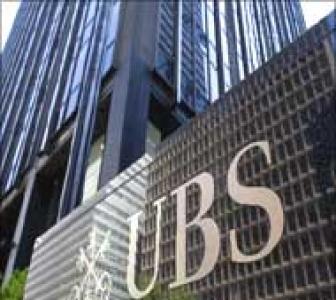 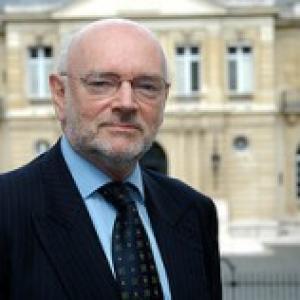