News
Business
Movies
Sports
Cricket
Get Ahead
Money Tips
Shopping
Sign in  |  Create a Rediffmail account
Rediff.com  » Business » So much for Modi's dream of 'cashless Bharat'

While Bihar and J&K have the least proportion of bank account holders using debit cards at PoS machines, Telangana's record is the highest.
Abhishek Waghmare reports. 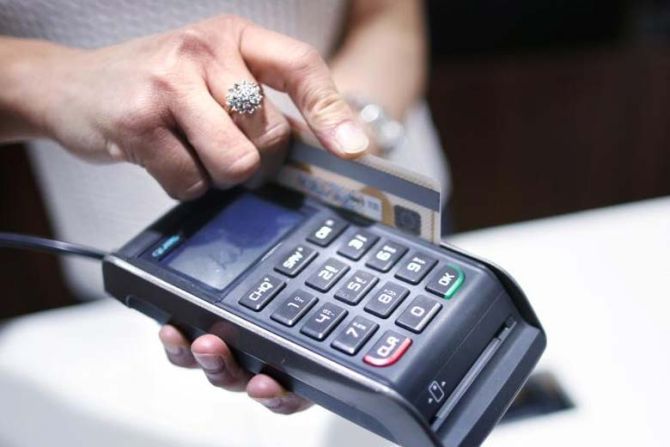 Tamil Nadu, Karnataka, Andhra Pradesh, and Telangana -- states where the Bharatiya Janata Party has the weakest footprint -- registered over 25 per cent year-on-year growth in proportion of the saving bank accounts using debit cards at point of sale (PoS) machines in FY17, compared with BJP strongholds Madhya Pradesh, Uttar Pradesh and Rajasthan, which registered less than 15 per cent growth.

According to Hidden Treasure: How Data Can Turn the Fortunes for Indian Banks -- a report published by the Boston Consulting Group, Indian Banks Association and FICCI -- Bihar, and Jammu & Kashmir have the least proportion of bank account holders using debit cards at PoS machines at nine per cent and five per cent respectively.

As much as 32 per cent of account holders in Telangana use debit cards at these machines -- the highest in India. The report excludes three medium public sector banks from the analysis, whose names were not specified.

Though digital modes of payment have prospered, each with varying degrees, after demonetisation, stark regional disparities still exist, said the report.

In October 2012, the Reserve Bank of India had used the phrase 'less cash' -- and set it as its goal -- for the first time in its 2012-2015 vision document for payment systems in the country.

The same goal was carried over in the 2018 vision document, published in June 2016, 139 days before the demonetisation move was announced. Apart from the growth in the usage of individual payment modes, the proportion of PoS machines, Internet banking and mobile banking doubled in FY17 over FY16, according to the report.

PoS usage was clearly the winner among the three -- starting from a higher base, it registered 100 per cent growth (please see chart).

Individual prepaid payment instruments were excluded from the current analysis since these started from a low base, though the Unified Payments Interface, Unstructured Supplementary Service Data, and e-wallets registered the highest growth rates among all cashless modes.

Most cashless modes saw growth spike in the immediate months after demonetisation but subsided in the following months.

However, PoS machines bucked the trend -- its year-on-year growth has not subsided, and touched 100 per cent growth in July and August 2017 (please see chart).

Growth in value transacted in five cashless modes most used by the public at large -- National Electronic Funds Transfer, Immediate Payment Service, cheques, debit cards at PoS, and prepaid payment instruments that include e-wallets and apps like BHIM -- is nearing at a rate which was achieved in the months before demonetisation.

Growth in volume, however, has doubled after the note ban.

While the volume of usage of debit cards at ATMs reduced from 800 million before demonetisation to 700 million after demonetisation, usage at PoS machines doubled from roughly 140 million to 265 million. 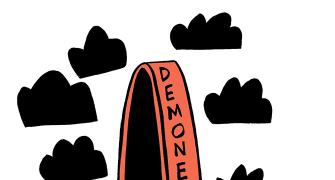 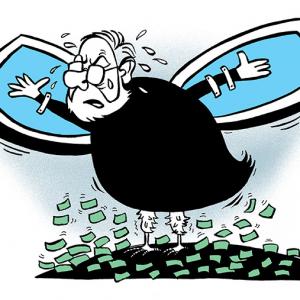 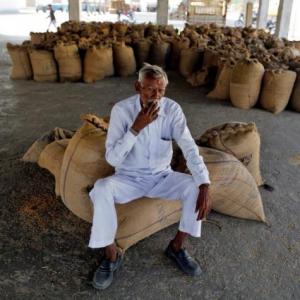