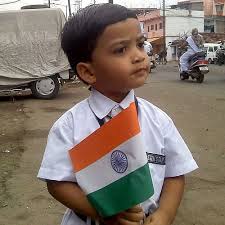 The report underscores the need to implement fiscal reforms that boost government revenues.

India will be the world's fastest growing large economy at 7.3 per cent in 2016, improving further to 7.5 per cent in the following year, a United Nations world economy report said on Friday.

India will be the fastest-growing large economy in the world, said World Economic Situation and Prospects 2016, which was released by the UN here.

The report said South Asia is expected to be the world's fastest-growing region in 2016 and 2017.

"As in other countries of the region, the macroeconomic environment in India has improved, helped by the sharp decline in the prices of oil, metals and food.

"Consumer and investor confidence has risen even as India's government faces difficulties in implementing its wide-ranging reform agenda and some economic indicators, such as industrial production, remain volatile", said the report.

UN report sees majority of the countries in South Asia to see accelerated growth over the next two years on the back of strong private consumption as the main driver of growth, offsetting relatively tight fiscal policies and sluggish exports.

Talking about India, Nagesh Kumar, Economist and Head, UN-ESCAP South and South-West Asia, said using fiscal policy, it can speed up investment in education and infrastructure which will not only boost the growth rate but will also make growth for future.

"Spending on infrastructure, health and education is very low compared to other nations such as China in the region.

“So there is room to expand. And for that you need fiscal space and you need to look at how to increase revenues.

"The decline in oil prices of course provide some room to offset the burden of fuel bill.

“So this is the time for India to recheck fiscal efforts and raise revenues and do more spending on some of the social sectors," Kumar said.

Reiterating Finance Minister Arun Jaitley's recent statement that India will boost spending on infrastructure and social segment, he said there is a consistency in the broad role of the fiscal policy by the government.

However, he said, low productivity in agriculture and some segments of services are the concerning areas.

Also, growth needs to be made much more inclusive and sustainable.

"Fiscal policy needs to be looked afresh in terms of looking at the drivers of growth", he added.

Highlighting the challenges for South Asia, the UN report said countries like India, Bangladesh, Iran and Nepal have narrowed their fiscal deficits in 2015, however, weaknesses are there.

"Despite some recent progress, fiscal positions remain generally weak owing to the small tax base, poor tax administration and the large expenditures required for closing the infrastructure and energy gaps and maintaining internal security".

The report is produced annually by the UN Department of Economic and Social Affairs, the UN Conference on Trade and Development, the five UN regional commissions and the World Tourism Organisation.