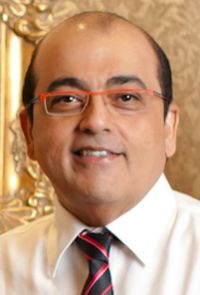 
Image: Hiranandani brothers have a collective net worth of $ 2.6 billion, says a Wealth-X report.
Photographs: Reuters 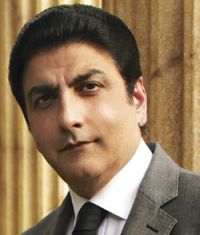 "Collectively the six brothers from these two families hold $7.2 billion in assets - nearly half of the $15.57 billion combined net worth of their peers on the list," the report said.

The four Kwee brothers of the Pontiac Land Group – a luxury property development company specialising in commercial, residential, hospitality, and retail properties -collectively have a net worth of $4.6 billion.


Image: Raj Kumar Hiranandani, owner of the Royal Holdings Organisation was placed in the second position with a net worth of $1.4 billion.
Photographs: Reuters

The list was topped by Philip Ng Chee Tat of Far East Organisation whose personal net worth stood at $ 5.2 billion. He succeeded his father as head of the business in 1991.


Image: Asok Kumar Hiranandani, chairman of the Royal Group was ranked seventh on the richest property tycoons list with a fortune of $1.2 billion.
Photographs: Reuters

There are 1,355 UHNW individuals in Singapore with a combined net worth of $ 160 billion, according to the Wealth-X and UBS World Ultra