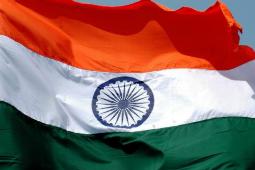 The services sector continued to remain in positive terrain for the eighth month in a row with the June reading touching 54.3, though a tad down from 54.7 in May, as new orders picked up and hiring rose at the fastest pace in a year, according to a HSBC survey in Mumbai on Wednesday.

HSBC's services purchasing managers index, that maps the activity of around 400 firms, despite a 40 basis points dip, has kept above the 50 mark that signifies growth since November.

However, the HSBC India composite output index rose in June to 55.7 up from 55.3 in May, the fastest reading in four months, show the survey data.

Expansion reflects the rising output at both manufacturers and service providers, the survey said.

After adjusting for seasonal factors, the headline HSBC services business activity index is based on a single question asking respondents to report on the actual change in business activity at their companies compared to one month ago.

Optimism has been recorded in each month since the survey began in December 2005.

Although the level of optimism has dipped to the lowest since March, sentiment is still above the long-run series average.

On Tuesday, data from the same bank had showed that the country's factories stepped up production and hired workers at the fastest rate in over two years in June, taking its manufacturing PMI to 55.0, which is a four-month high. This PMI has been in the green zone for the past three years.

According to Wednesday's services PMI data, order books filled at their strongest pace in four months, driven by domestic consumption.

"While services sector activity grew at a slightly slower pace, new orders grew faster and this should hold up activity in the coming months," HSBC chief economist for India & Asean, Leif Eskesen, said commenting on the survey.

"Moreover, employment picked up, which helped reduce the backlogs of work, and businesses remained relatively optimistic about the outlook for the coming 12 months, although sentiments eased a bit from the previous month," he said.

But Eskesen warned on the still high inflation saying, "the inflation readings

for input and output prices were broadly unchanged from May and remain high by historical standards. Together with the manufacturing PMI, these numbers suggest that it is hard to build a strong case for policy rate cuts in the near term."

The services sector contributes over 60 percent to the overall economy.

The survey also shows its jobs index rose to 51.1 in June from 50.5 in May as firms hired at a faster pace in the reporting month to deal with the surge in new business and cut backlogs.

The job index is highest level since May 2010.

"Businesses remain relatively optimistic about the outlook for the coming 12 months, although sentiment has eased a bit from the previous month," Eskesen added.

The PMI shows consumers continued to be charged high prices for finished goods as input prices rose at the same pace as last month, offering the Reserve Bank little room for maneuver.

"Inflation readings for input and output prices were broadly unchanged from May and remain high by historical standards. Together with manufacturing PMI, these numbers suggest that it is hard to build a strong case for policy rate cuts in the near-term," said Eskesen.

On the rising input cost, he said "input prices rose sharply at services companies in June, with the rate of increase remaining exactly the same as the previous month.

"The composite input prices index posted above the no-change 50.0 mark, signalling a further month of rising input costs. This has been the case throughout the past 39 months."

Similarly, output prices have also risen in the services sector in each month since November 2010.

Composite data indicate that charges rose sharply in June, with the rate of increase the strongest since July 2008.

While the PMI suggested domestic demand is holding up, signs from abroad looked more ominous, says the survey.

New export orders grew at their slowest pace since November 2011, with demand weakening in top trading partners Europe and the US.