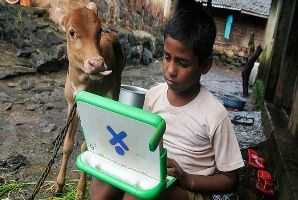 Indian services activity expanded at its weakest rate in three months in August as firms' order books filled up at a slower pace, a business survey showed on Wednesday.

The HSBC Services Purchasing Managers' Index , compiled by Markit, fell to 50.6 in August from 52.2 in July.

A number above 50 denotes growth while anything below implies contraction.

Service firms were not alone in reporting lower order volumes. Factory surveys on Monday showed new orders slowed for companies across Asia and Europe as tensions between Russia and Ukraine escalated and a patchy recovery in China.

India's services activity expanded for the first time in May after shrinking for 10 months, right around the time Prime Minister Narendra Modi's Bharatiya Janata Party scored a landslide election victory that drove a wave of optimism.

That helped India's economy to grow at its fastest pace in two-and-a-half years in the quarter to June, data released last week showed.

But Modi is yet to launch sweeping reforms aimed at pushing the economy back to the double-digit growth rates of late 2009-early 2010.

"Services activity is once again turning down following a swift post-election uptick, suggesting that an improvement in reform momentum is needed to lift sentiment in the sector," said Frederic Neumann, co-head of Asian economic research at HSBC.

Firms' optimism about future activity, considered a good gauge for growth, was at a near-year low and suggesting inflation might cool both input prices and those paid by customers rose at a slower pace, the survey showed.