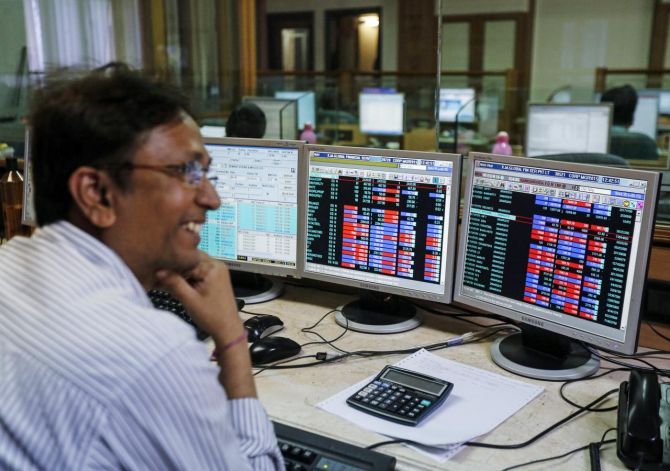 Market benchmark Sensex on Friday rose over 196 points to end at 36,064 and also posted its second straight weekly gains amid signs of easing tensions between India and Pakistan.

The key BSE index also snapped its three-session losing run after the March derivatives series got off to a strong start coupled with uninterrupted foreign fund inflows.

The 30-share Sensex opened positive and rallied to the session's high of 36,140.67 on widespread buying by participants.

It had lost over 346 points in the previous three sessions due to geo-political tensions between India and Pakistan.

This was the second straight weekly gains for the index.

Brokers said investors indulged in creating new positions following the beginning of the March futures and options (F&O) series that led to the rally in the market.

Markets will remain closed on Monday on account of "Mahashivratri".

On the macro-economic front, however, traders looked somewhat hesitant after country's economic growth slowed down to a 5-quarter low of 6.6 per cent in October-December period, analysts said.

Economic growth estimate for the current fiscal year ending March 31 has been revised downwards to 7 per cent from the earlier estimate of 7.2 per cent. This is the lowest growth in the last five years.

The rupee depreciated by 27 paise to 70.99 against the dollar (intra-day) at the forex market and the international benchmak Brent crude surged to $66.55 per barrel, capped gains to some extent.

A firming trend in the rest of Asia, driven by a rally in Chinese markets after index publisher MSCI announced it would boost the proportion of mainland shares in its global benchmarks, also accelerated buying activities.