On the other hand, Bharti Airtel, M&M, NTPC, Tech Mahindra, Sun Pharma and PowerGrid were among the gainers. 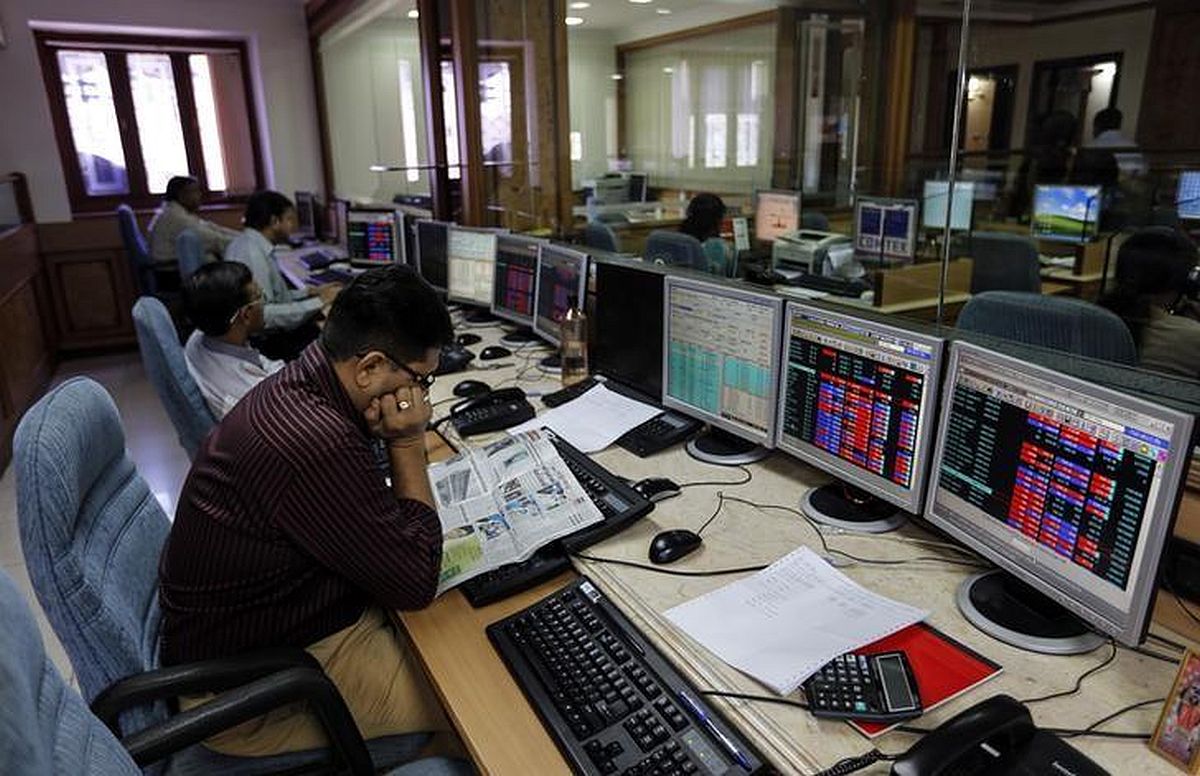 Bharti Airtel led the gainers' list with a jump of 3.73 per cent.

M&M, NTPC, Tech Mahindra, Sun Pharma, PowerGrid and ONGC were among the other winners, climbing as much as 2.72 per cent.

"Indian benchmark indices, after trading in the green for most of the day, succumbed to a round of selling in the last hour of trading, to close out the day flat, with a slight negative bias.

"Global cues were mostly mixed after US Fed reserve failed to come out with an immediate stimulus measure and also due to resurgence in virus infections in some countries.

“On a weekly basis, the benchmark indices closed out flat, although it was characterised by high volatility, fluctuating between gains and losses," said Vinod Nair, head of research at Geojit Financial Services. 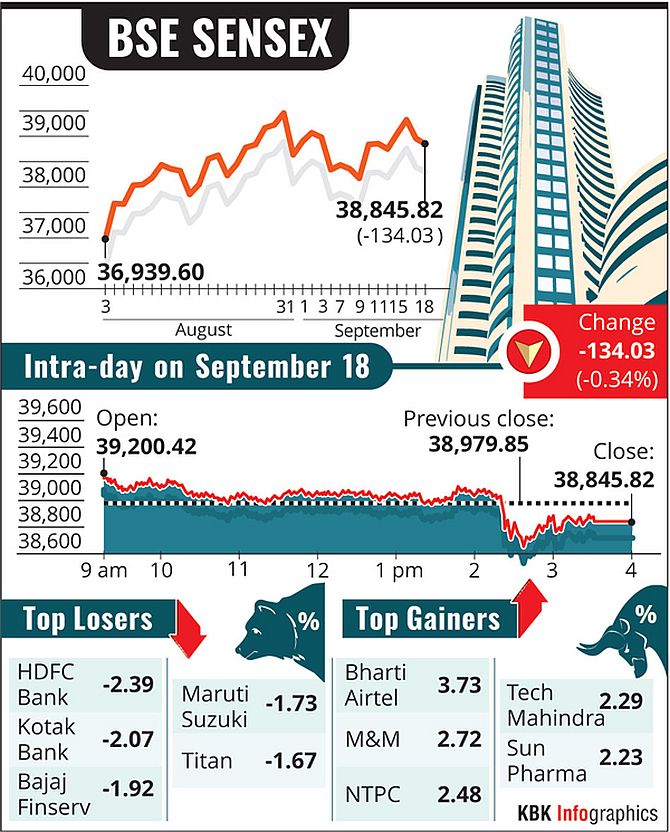 On the other hand, healthcare, telecom, realty, utilities, power and auto indices surged as much as 3.50 per cent.

In the broader markets, the BSE mid-cap index rose 0.26 per cent, while the small-cap gauge skidded 0.32 per cent.

On the global front, bourses in Shanghai, Hong Kong, Seoul and Tokyo ended with gains.

In the forex market, the rupee strengthened by 21 paise to close at 73.45 against the US dollar.