While the redeployment of talent from companies that have shut down into other start-ups is a great move, some say the gesture is gaining more visibility than the actual companies 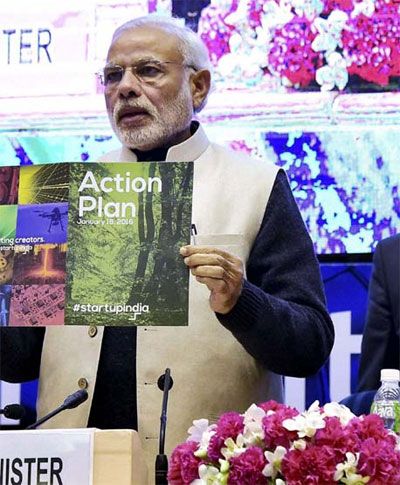 The dearth of capital is squeezing start-ups to improve their unit economics or, in worst cases, shut down. But it seems life of a start-up doesn’t end at shutting down the business. A lot of money can still be made.

A list put together by Bengaluru-based start-up Tracxn comprising details of nearly 800 dead or dying Indian start-ups, dubbed as the ‘Deadpool’, is making the rounds among investors and large corporates, which are looking to scoop up these firms for technology and talent on the cheap.

“The reason we started coverage of start-ups in the Deadpool list was because we work with a lot of corporates and large companies as well as investors who are looking for acqui-hires. Instead of hiring a fresh team, a lot of founders preferred companies that have launched a product, worked on it for two years and have seen that journey,” said Neha Singh, co-founder, Tracxn.

The year 2015 was seen as golden period for Indian start-ups when valuations soared and cash was easy to come by. But it became disturbingly clear by the end of the year that the party wasn’t going to last much longer.

Start-ups that burnt through their capital with exuberant marketing campaigns found themselves stuck with negligible revenues and disinterested investors.

The wisdom of industry bigwigs such as Nikesh Arora, former vice-chairman of SoftBank, who had warned Indian start-ups against splurging on marketing, came too late. The result was hundreds of start-ups that suddenly felt like parentless children with their wings clipped before they could even learn to fly.

There are 753 companies that are part of the ‘Deadpool’ list. Out of these, 82 companies were funded, with 57 disclosing the funding amount that totalled to $58.5 million. While Tracxn estimates the ‘Deadpool’ list could be much longer, intelligence on smaller, unfunded companies is tough to find.

“A lot of larger companies, including FreshDesk, Flipkart or Practo, have made a lot of acquisitions in the recent past. These (deadpooled) start-ups may have potential but for whatever reason their next round might be getting delayed and metrics are falling, which indicates that they might be winding down,” added Singh.

Majority of start-ups that have shut business after raising money, managed to mobilise less than $1 million, indicating lack of funding post the angel round. Global estimates suggest that only one out of ten start-ups survives, making the shutdowns a part of the macro process.

Experts also believe the recent funding drought is only a correction with large investors like Sequoia, Tiger Global, Accel and Kalaari Capital sitting on massive cash to be invested over the next few years. Once the frenzy dies down, investments will grow again, possibly by the end of 2016.

Close to $9 billion flowed into Indian start-ups in 2015, compared with only $2.1-2.5 billion in the first half of 2016. It is unlikely that the sector will grow to match last year’s investment levels in the second half of the year.

While the redeployment of talent from companies that have shut down into other start-ups is a great move, some say the gesture is gaining more visibility than the actual companies. So far not a single ‘Deadpool’ company has been acquired in India. But the talent churn from one start-up to another has been ongoing for years. “There is no such demand whatsoever. If there was any such demand, you wouldn’t have 700 companies in the Deadpool list,” said Mahesh Murthy, co-founder of Seedfund.