The new roadmap, to be framed in consultation with the government and other stakeholders, follows proposals made by Finance Minister Arun Jaitley in the Union Budget 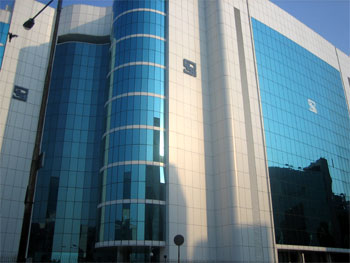 Tasked with greater responsibilities, Sebi is working on a new roadmap to attract larger number of retail investors towards capital markets, develop a vibrant bond market and create a unified regulatory regime for all segments of derivatives, including commodities.

This assumes significance in the backdrop of government setting an ambitious $10 billion disinvestment target for the next fiscal, beginning next month, with plans to give a larger pie of shares in state-run companies to the public shareholders rather than largely depending on institutions, including from overseas and within the country.

The new roadmap, to be framed in consultation with the government and other stakeholders, follows proposals made by Finance Minister Arun Jaitley in the Union Budget, including those about the merger of commodities market regulator FMC (Forward Markets Commission) with the Securities and Exchange Board of India (Sebi) to create a unified markets regulator.

Besides, Finance Bill 2015 has also proposed 'securities' to be taken out of the regulatory ambit of banking regulator RBI and the move is being seen in line with an overall thinking that Sebi should be made the comprehensive regulator for all kinds of securities without any regulatory overlaps.

A senior official said that the new roadmap and other related issues are likely to be discussed by Sebi board later this month when Jaitley is expected to make his customary post-Budget address to the board of the markets regulatory body.

Jaitley, in his Budget speech, had said that one vital factor in promoting investments was deepening of the bond market and it needs to be brought at par with the equity market.

In this regard, Sebi has been asked to put in place a regulatory regime that ensures growth of markets while safeguarding the interest of investors.

A similar approach would be taken for the commodities market subsequent to merger of FMC with Sebi, as commodity market has so far been prone to wild speculations that hurt the interest of investors.

Sebi may also soon put in place a necessary framework for regulations with regard to the International Financial Services Centre (IFSC), which the government plans to put in place in the form of GIFT City in Gujarat, on lines of Singapore and Dubai.

Among others, BSE and NSE have already announced plans to set up international exchanges in GIFT City.