Days after the government went public with its intent to examine a Sebi order in the NSE matter, its outgoing chairman Ajay Tyagi on Wednesday made it clear that the markets regulator did not "dilute" any of the quasi-judicial verdicts. 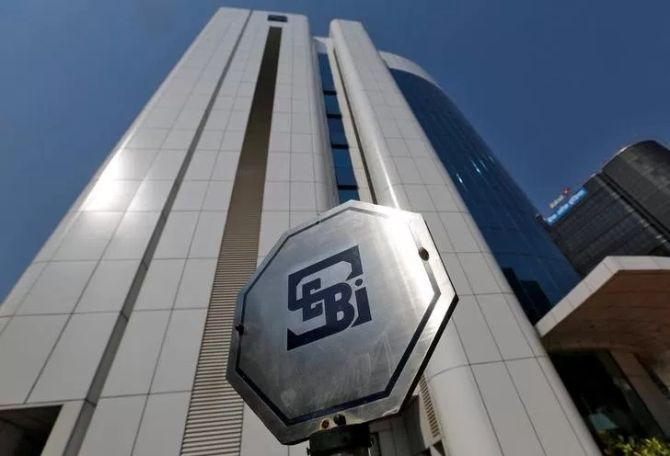 The comments assume significance as they come after Finance Minister Nirmala Sitharaman, as per reports, recently said the government is examining if Sebi has taken "necessary punitive" action in the case.

In a media interview, the FM had said the government was analysing if there had been "enough application of mind in dealing with this" and if after applying its mind, Sebi took adequate corrective steps.

Tyagi on Wednesday said Sebi acted as per its remit and understanding in the matter, starting with the main case of co-location allegations and also the latest order wherein NSE former chief Chitra Ramkrishna was found to be sharing and consulting with a mystic figure in the Himalayas to run the largest stock exchange, Tyagi said.

Speaking to reporters after handing over charge to his predecessor Madhabi Puri Buch after being five years at the helm, Tyagi said the NSE matter pertains to the 2010-15 period and Sebi passed its first order in April 2019 in the co-location matter.

He admitted that there was a delay in the order in the second case pertaining to Ramkrishna's working, hinting that the delay happened due to the COVID-19 pandemic.

However, the delay was not intentional, he made it clear.

"We came out with orders within our remit and understanding," he said, stressing that no one can say that the regulator "diluted" the orders.

He was replying to a query that sought to know if Sebi passed loose orders in the matter.

Tyagi said Sebi's working is transparent as the orders are shared with the broader public the same day as passed, and stressed that the orders are quasi-judicial in nature, which can also be challenged in tribunals and courts.

Tyagi reminded that everything in the public domain about the misdoings at the NSE and its then chief Ramkrishna is, courtesy orders passed by Sebi, and added that there are other enforcement agencies that are also investigating the matter.

We should await more clarity from their findings as well, Tyagi said.

He added that Sebi is sharing its findings with other agencies as sought. Following the latest order from Sebi, the Central Bureau of Investigation and the income tax department have revived their investigations in the cases against the NSE, and some arrests have also happened.

To a question on his workings with the government, he said the Sebi was mostly successful in convincing or getting convinced itself.

Meanwhile, when asked about Sebi's climbdown days ahead of demitting office on the decision to separate the post of chairman and managing director by making it voluntary, Tyagi said nearly half of the top-500 companies were non-compliant even after four years of the decision which resulted in the decision.

Acknowledging that there was lobbying by groups such as the Confederation of Indian Industry (CII) and the Federation of Indian Chambers of Commerce & Industry (FICCI), Tyagi hoped that shareholders of the companies will pursue it in the best interest of corporate governance.

He also said the statutes should not be different for state-owned companies and the private ones, and added that all the listed companies should be governed by the provisions of the Companies Act alone and not any other exclusive laws.

Tyagi mentioned the hastening of regulatory side enforcement in old cases and focus on bond market deepening as among the areas where the Sebi can improve itself.

He mentioned the deepening of the retail investors' play in the capital markets as one of the biggest achievements under him, pointing out that 2.2 crore individuals have opened demat accounts in the past two years alone.

Sebi has been in touch with the government since November 2021 on regulations regarding cryptocurrencies, Tyagi said, adding that the exchange of drafts and views has taken place.

Tyagi said Sebi has an internal group looking into the emerging asset class.