The Supreme Court on Monday rejected telecom firm Vodafone's proposal to pay Rs 2,500 crore by the end of the day and Rs 1,000 crore by Friday against Adjusted Gross Revenue (AGR) dues, while also refusing its plea that no coercive action be taken against it. A bench headed by Justice Arun Mishra declined to accept the proposal given by senior advocate Mukul Rohatgi, appearing for Vodafone, after he mentioned the matter.

Rohatgi said they are willing to pay Rs 2,500 crore today (Monday) and another Rs 1,000 crore by Friday but no coercive action be taken against the company.

He urged the bank guarantee deposited with the government by Vodafone should also not be encashed.

The top court had on Friday warned of contempt proceedings against top executives of Bharti Airtel, Vodafone-Idea and other telecom firms for failing to comply with its directive to pay an estimated Rs 1.47 lakh crore in past dues, and asked whether there was no law left in the country.

With the apex court's rap, the government came down heavily on telcos following which Bharti Airtel on Monday said it has paid Rs 10,000 crore to the telecom department towards statutory dues.

The company said it will make payment of balance amount after a self-assessment exercise.

"The...amount of Rs 10,000 crore has been paid on behalf of Bharti Airtel, Bharti Hexacom, and Telenor," the Sunil Mittal-led company said in a statement.

In the Friday order, which will have far-reaching implications for the telecom sector, the apex court expressed displeasure at the "temerity" of a desk officer in the department of telecom for "scuttling" its order by issuing a written directive to not take any coercive action against firms for not depositing dues by the January 23, 2020, deadline.

The bench, also comprising Justices S Abdul Nazeer and M R Shah, said the companies have violated its order "in pith and substance" and asked them to clear the dues before the next date of hearing on March 17.

Following the apex court rap, the department of telecom withdrew its January 23, 2020, order that had called for no coercive action against defaulting firms and started issuing notices to telcos asking them to deposit dues before midnight of Friday.

Expressing displeasure over an order passed by the DoT's desk officer, which virtually stayed the effect of its verdict, the apex court said this is nothing "but a device to scuttle" its judgment and this case projects a "very disturbing scenario". It also issued a notice to the officer.

The bench noted that the desk officer "has the temerity to pass the order "to the effect of issuing a direction to another constitutional authority, the accountant general, "not to insist for any payment pursuant to the order passed by this court and not to take any coercive steps till further orders."

The top court made it clear that in case its order is not complied with, the desk officer of the DoT and top executives of these companies "shall remain personally present" before it on March 17.

The court had on October 24 last year ordered that non-telecom revenues should be included in the AGR for calculating statutory dues such as licence fee and spectrum charges.

The DoT calculated that Bharti Airtel, Vodafone Idea and others owe as much as Rs 1.47 lakh crore in past dues, including penalties and interest, while non-telecom firms, who had taken some licence from it, owed another Rs 2.65 lakh crore.

On January 16, a bench headed by Justice Arun Mishra dismissed petitions of telecom firms seeking review of that order saying it did not find any "justifiable reason" to entertain them. 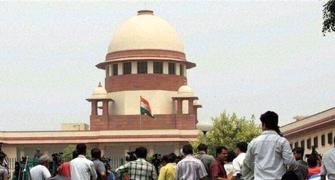 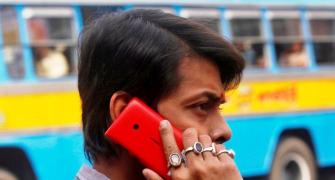 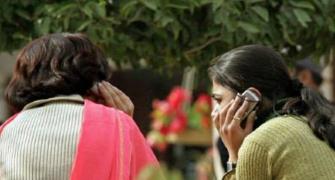 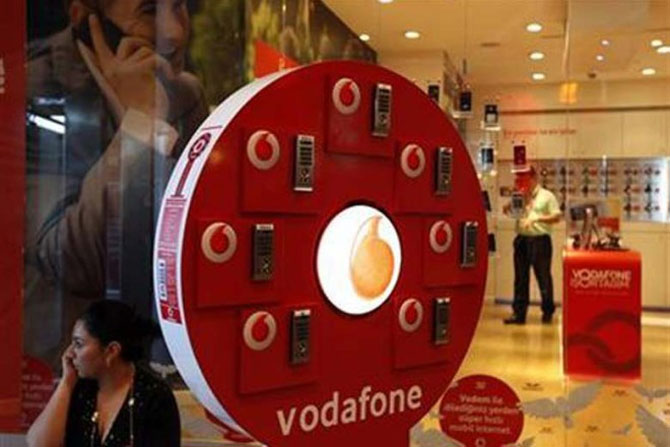