B Ramalinga Raju, founder of scandal hit Satyam Computers was admitted to a hospital in Hyderabad after he complained of a chest pain. The authorities at the Chanchalguada central jail said that he was shifted to Nizam's Institute of Medical Sciences.

While doctors at the NIMS said that he was suffering from a mild chest infection, Raju's lawyer Bharat Kumar said that he suffered a heart attack.

Sheshgiri Rao, head of the cardiology department at NIMS said that an ECG and echo test was done on Raju and his condition was now stable.

"When he arrived his condition was stable and all the vital parameters were under control," said resident medical officer M Srinivas.  "We will know the cause of the chest pain after all the tests are conducted", he added.

An accused in the Rs 7,800 crore (Rs 78 billion) Satyam scam, who has been provided a VIP status in jail, is also enjoying the same in the hospital.

He has been kept in the intensive care unit of the VIP block at the NIMS hospital. The city police and the staff of the Chanchalguda jail are standing guard as part of his security.

The hospital sources said that he will be there for a few days and an angiogram will be done on him soon.

Bharat Kumar informed the media that Raju was not keeping well for the past ten dyas and was taken to NIMS twice for treatment.

Bharat Kumar also informed that Raju's arteries were blocked for quite some time and a surgery was necessary but his other medical complications prevented the doctors from performing the procedure.

His past medical history includes Hepatitis C and hyper tension.

Some of the family members including Raju's son Teja Raju visited him in the ICU on Monday.

Raju is in jail since January this year when the police arrested him after he confessed committing fraud to the tune of Rs 7800 crore. His younger brother and company's managing director Rama Raju and Chief Financial Officer Vadlamani Srinivas are also in the same jail.

Recently the court permitted the Central Bureau of Investigations to carry out brain mapping and lie detector tests on the three main accused to find out where the missing money has gone.

Ramalinga Raju will turn 55 in a week's time. 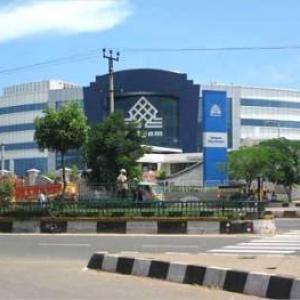 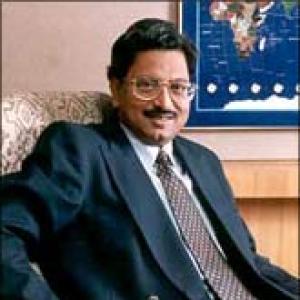