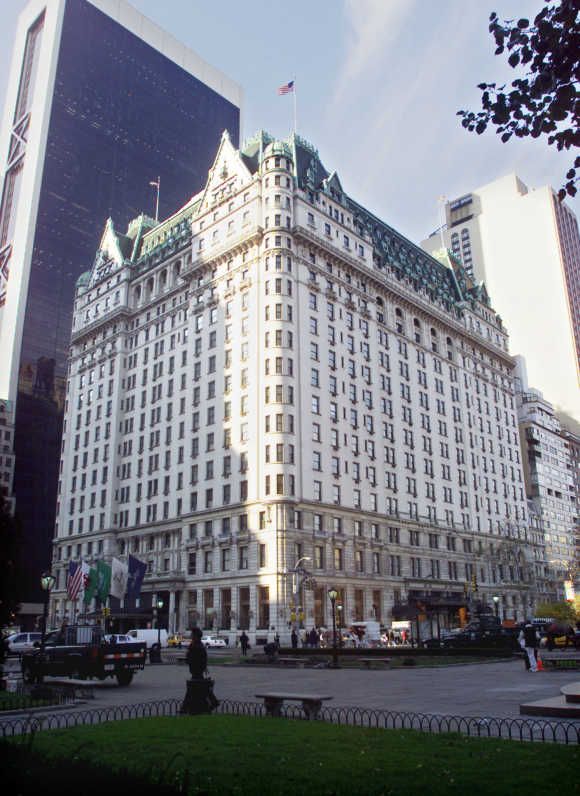 Image: Reports said that the two hotels can fetch up to $1 billion. Photograph: Reuters

Beleaguered Sahara group seems headed for a fresh blow with the mortgage holders of its prized overseas hotel assets reportedly readying a billion-dollar auction for the iconic Plaza and trendy Dream Downtown properties in New York next month.

The group has been trying hard to raise funds including through refinancing of loans on these two hotels as also on the historic Grosvenor House property in London, to ensure release of its chief Subrata Roy from New Delhi's Tihar Jail, where he has been lodged for over two years.

Without identifying the source, a Bloomberg report said the "foreclosure auction" has been scheduled for April 26 by the billionaire brothers David and Simon Reuben, who had refinanced an earlier Bank of China loan of Indian group on its three foreign hotels.

It pegged total mortgage for the two US hotels at $500 million, saying they serve as collateral for the loan and were cross-collateralised with the Grosvenor House hotel in London.

Another report in the New York Post quoted unnamed hotel industry insiders as saying the price could top $1 billion at the auction of Plaza and Dream Downtown.

Queries sent to the Sahara group, including about the trigger to the 'foreclosure action', remained unanswered.

Reuben Brothers also didn't reply to the queries. In March last year, Bank of China had put Grosvenor House under "administration" for recovery of its loans after the lender declared "an event of default" on the US loans due to some technical breaches in the financial covenants.

The loan on Sahara's three hotels -- Grosvenor House in the UK and the two prime hotels in New York -- from Bank of China was "cross collateralized and cross guaranteed".

Grosvenor House, a landmark property on Park Lane in London that was designed by acclaimed architect Sir Edwin Lutyens, was purchased by Saharas in 2010. The two hotels in the US were purchased later.

The three hotels were acquired between 2010-2012 at an estimated valuation of $1.55 billion. Market experts peg their current valuation at upwards of $2.2 billion.

The 109-year-old Plaza in New York is situated off Central Park and its ownership has changed hands several times, while currently Sahara group has about 75 per cent and the remaining 25 per cent is with Prince Alwaleed bin-Talal of Saudi Arabia.

In the past, its owners included real estate tycoon and the current US Presidential candidate Donald Trump, who had married to his second wife Marla Maples in this hotel.

The hotel, which has 282 rooms in addition to several condos, restaurants and shops, have hosted the famous Plaza Accord to devalue the US dollar in 1985.

Sahara group has been engaged in a legal battle with markets regulator Sebi for a long time over a case involving raising of funds from investors to the tune of over Rs 24,000 crore (Rs 240 billion). Sahara, however, claims it has already repaid 95 per cent of the investors' money directly.