Russia has disqualified state-run Oil and Natural Gas Corp from bidding for the giant Trebs and Titov fields in northwest Russia, a development that an Indian executive claimed was based on "flimsy" grounds. 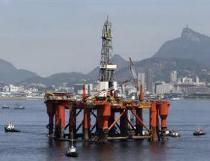 "Nord Imperial had on September 21 submitted an application for qualification to bid for rights to develop the 1.02 billion barrels Trebs and Titov fields in Timan-Pechora, northwest Russia," an official with direct knowledge of the bid said.

"The bid clearly mentioned that Nord Imperial will have financial backing and support of its parents Imperial Energy and ONGC Videsh Ltd," he said.

"Clearly, the Federal Agency for Management of Mineral Resources chose to ignore financial support letters from OVL in its decision to disquality Nord Imperial."

The Russian agency also stated that Nord Imperial had failed to present the approval of the company's board or shareholders for the bid, a claim which the Indian executive rubbished saying the application was accompanied by company board resolution.

"These are nothing but flimsy grounds to keep competition away," he said. Analysts suggest Rosnedra's disqualification of most of the six contenders, including Russian firms Lukoil and Gazpromneft and BP's Russian joint venture TNK-BP for unspecified errors in their applications, was tailored to allow a local oil firm Bashneft win the contest.

Bashneft is part of the politically well-connected Sistema group, owned by Vladimir Yevtushenkov, who is said to have received support for Bashneft's bid from President Dmitry Medvedev, international media report said. Surgutneftegaz, the only other firm to be qualified for the December 2 tender for the fields, was in the race only to lend it a veneer of competition.

This is about half the reserves of Rosneft's Vankor, the country's largest new oil development. The deposits will be sold at a government auction on December 2.

Nord Imperial is part of Imperial Energy, which ONGC Videsh Ltd, the overseas investment arm of state-owned firm, had acquired in 2008 for $2.1 billion.