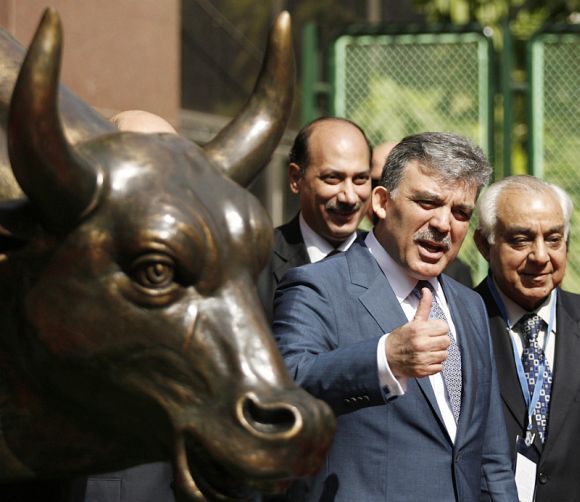 The current market rally, which has seen benchmark indices gain about 40 per cent in a year, has added five companies to the coveted club. During the peak of the previous bull market in 2008, there were only 13 companies on this list.

In the past year, ICICI Bank, Sun Pharmaceutical, Larsen & Toubro, Tata Motors and HCL Technologies have joined the elite club.

Since May 16 this year, the day the results of the Lok Sabha elections were announced, only one company has found its way into the list—HCL Technologies.

The stocks of these companies have come off sharply since 2008. Currently, Tata Consultancy Services, which wasn’t part of this club in 2008, is at the top of the list.

The technology major’s market value is about Rs 1.16 lakh crore (Rs 1.16 trillion) more than Oil and Natural Gas Corporation’s, the second on the list.

Thanks to a twofold increase in their stocks, automobile makers Maruti Suzuki, Mahindra & Mahindra and Hero MotoCorp have seen their market value breach the Rs 50,000-crore (Rs 500 billion) mark.