India expects a big investment of $5 billion (about Rs 22,800 crore) from Canada in the country's road development programme over the next three to four years, road transport and highways minister Kamal Nath has said.

"I am looking at Canada looking beyond NAFTA," Nath said after meeting with top Canadian ministers and executives of financial institutions in Toronto on yesterday.

Nath said that of the $40 billion needed from the private sector for the road programme, about USD 10 billion is likely to come from foreign funds.

"We expect $5 billion from Canada. The Indian government will put as many as nine mega projects up for bidding in the next two months.

"Both countries are working on a memorandum of understanding expected to be sign within three months that aims to facilitate transfer of Canadian know-how, technology with respect to highway management, road safety, vehicle safety, and private investment by high profile Canadian financial institutions," Nath said.

"I would like to foster partnership (between) India and Canada in infrastructure -- especially for high speed highways construction and management and railway networks; there is a very good opportunity for Canada and India," Nath said. He met Canadian industry minister Tony Clement, transport minister John Baird and other top officials of the government.

Nath said: "Canadian experience in intelligent management of high speed highways and construction and their best management and practices may be relevant to India.

"All construction companies involved in highway construction would be responsible for their maintenance for 20 years." Nath said: "India will need to spend $70 billion building roads over the next three years as it looks to infrastructure spending to stimulate demand and boost the economy.

Of the total, $40 billion could come from private investors, with a quarter of that coming for overseas."

The government is offering concessions, such as the opportunity to collect tolls on highways to encourage private investment of $40 billion in infrastructure.

Between 50 per cent and 60 per cent of that total will be offered to international companies, Nath added. Nath recounted number of discussion he had with top Canadian companies and Canadian consulting firms that has a presence in India.

According to Nath, a number of Canadian firms are are keen to invest in India. Nath, who has pledged to build 20 kilometres of roads a day, said he has been talking to foreign investors and has seen 'lots of interest' from pension funds.

The government has also looked into tapping sovereign wealth funds, insurance companies and others looking for long-term investment opportunities.

The Canadian companies were forthcoming and showed keen interest in participating in the National highway development projects, official sources said on Thursday. 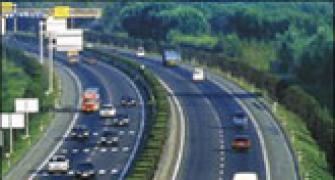 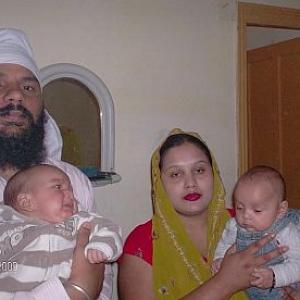