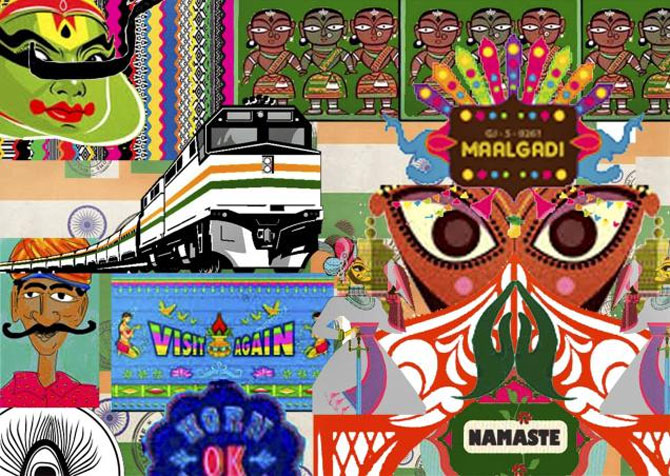 Beri submitted four different sets of uniform, each with a distinct texture, to the Railway Ministry five days back and the public transporter will soon launch an online initiative on Twitter, Facebook and the ministry's website seeking the views of people to help it select the attire.

In the first phase, the new uniform will be issued to five lakh of 13 lakh employees of the Indian Railway.

Beri said the look of the uniform will be an ode to India and her exoticism.

"The focus is to reflect modern India while respecting our deep-rooted tradition and culture, thus reflecting the glory of India. The uniforms will be Indo-western in cut and silhouette with comfort being the most important factor," she said.

The idea behind introducing the new uniform is to instill a sense of pride and belonging among the staff rendering their services to around two crore passengers every day, a senior official involved in the project said.

He said, in the first phase, front office staff, guards, drivers and catering personnel, onboard staff, station masters, loco pilots, train ticket examiners and gangmen will be given the uniform at an estimated cost about Rs 50 crore (Rs 500 million).

The new uniform will also be given to the technical staff in workshops and production units.

Currently, railway staff including TTEs, station masters and guards wear uniforms which were designed long ago. 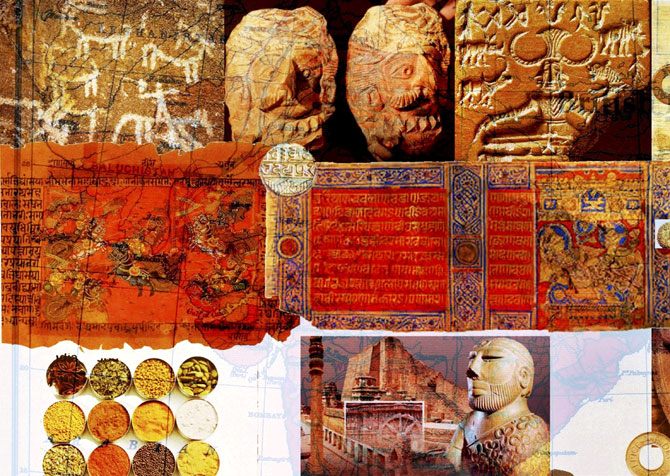 The new dress is expected to be ready for use by the year-end, the official said, adding a common uniform can be worn for ceremonial occasions like celebration of Railway Day, sporting events and prize distribution ceremonies.

One of the designs Beri has submitted is based on tribal art, while the other is inspired by rustic coins and currency of the 'golden period' of the country.

The third is based on the legacy of nawabs, while fourth is inspired by pop art. The fourth option, classified as vibrant soul of India, reflects elements of culture, business, music and entertainment.

"The work on the uniform designs is in progress. For now, we have made the first presentation. We have worked very hard for two months and researched on various possibilities. We will work with Khadi, our national fabric, which also works well given our climate conditions.

"The idea is to create uniforms that are attractive, impactful and comfortable at the same time. I wish to retain our traditional look but give it a modern twist in keeping with today's times," Beri told PTI.

Beri said she kept in mind the wearability of the uniform while also trying to balance western influences with elements that come from "our deep-rooted tradition and culture."

Calling herself a "big fan" of Prime Minister Narendra Modi and Railway Minister Suresh Prabhu, Beri said she was quite impressed with the reforms presented in the Rail Budget and wanted to "do my own bit".

"I do believe that the railways are the key to economic growth and when I saw these efforts being taken to uplift the establishment, I decided to contribute in my own way," she said.

When asked whether it was really important for the railway staff to be stylish, Beri said the idea of having a uniform is to have one consistent look that creates an image for the institution.

A committee is being set up to evaluate the designs, study different options, pricing and suitability before finalising the dress code, said the Railway official.