“ADIA's investment will translate into a 1.20 per cent equity stake," the Indian firm said in a statement. 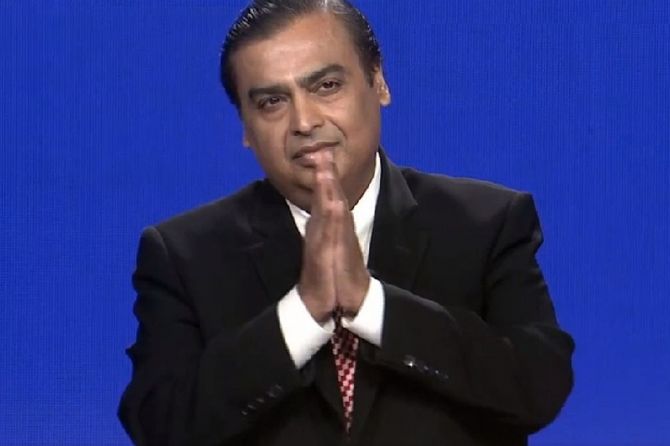 The investment values RRVL, the retail arm of Reliance Industries Ltd, at a pre-money equity value of Rs 4.285 lakh crore.

The investments equip Reliance Retail with funds to compete in both offline and online formats.

The investments come as the country's retail sector prepares for the upcoming festival season and would help Reliance to launch an assault on rivals such as Walmart-owned e-commerce company Flipkart and Amazon.

It operates about 12,000 stores in nearly 7,000 towns, with 640 million footfalls across core categories of grocery, consumer electronics and apparel.

Mukesh Ambani, chairman and managing director of Reliance Industries, said, "The investment by ADIA is a further endorsement of Reliance Retail's performance and potential and the inclusive and transformational new commerce business model that it is rolling out."

Reliance, he said, hopes to benefit from ADIA's strong track record of over four decades of value creation globally.

Hamad Shahwan Aldhaheri, executive director of the Private Equities Department at ADIA, said, "Reliance Retail has rapidly established itself as one of the leading retail businesses in India and, by leveraging both its physical and digital supply chains, is strongly positioned for further growth."

"This investment is consistent with our strategy of investing in market-leading businesses in Asia linked to the region's consumption-driven growth and rapid technological advancement," he said.

The new funding comes weeks after Reliance acquired the retail, wholesale, logistics and warehouse business of Future Group for an enterprise value of Rs 24,173 crore to consolidate its dominant market positioning in offline retail.

This also follows Reliance raising an unprecedented Rs 1.52 lakh crore for Jio Platforms, the group's telecom and digital services company, from investors such as Facebook, Intel and Google.

The oil-to-telecom-to-retail conglomerate intends to divest minority stakes in its digital and retail businesses, and hold initial public offerings for each within five years.

Retailers are expecting to pick up in sales during Navratri and Diwali festivals.

Reliance Retail in May this year launched JioMart, an e-commerce venture, to connect mom-and-pop stores, called Kirana, with consumers. In July, JioMart was serving 400,000 orders a day and is currently operational in 200 cities.

With these, Reliance Industries has sold an 8.48 per cent stake in the retail unit since September 9 for a total of Rs 37,710 crore.

With this, Jio Platforms and Reliance Retail account for over Rs 9 lakh crore of Reliance Industries Ltd's valuation.