The bank, however, maintained that the incremental benefit from the MCLR based lending rates introduced in April 2016 as an alternative to the earlier system of base rate, was positive. The Reserve Bank of India on Tuesday continued to fault banks for not passing on the entire benefit of its rate cuts, saying it was unsatisfied with the MCLR and considering a new market-linked benchmark to ensure a better transmission.

The central bank said there was more scope for banks to lower lending rates in certain segments.

"The experience with the MCLR system introduced in April 2016 for improving monetary transmission has not been entirely satisfactory," RBI deputy governor Viral Acharya told reporters after the apex bank announced its third bi-monthly monetary policy review for 2017-18.

He said the RBI has constituted an internal study group across several clusters on "various aspects of the MCLR system and to explore whether linking of the bank lending rates could be made direct to market determined benchmarks going forward".

This group will be submitting its report by September 24 this year, he added.

Acharya was quick to add that the incremental benefit from the marginal cost of funds based lending rates (MCLR), introduced in April 2016 as an alternative to the earlier system of base rate, was positive.

It can be noted that even after the introduction of the MCLR and rate cuts that happened, the RBI has been repeatedly complaining about banks not doing enough to pass on the full benefit of its rate actions to the borrowers and help revive the sagging private investment for economic growth.

Governor Urjit Patel on Wednesday said banks have been selective in their rate cuts in aggressive segments like home and auto loans, but there are many other segments, especially those, where borrowers are still tied to the base rate, where they can do more.

"Given the liquidity conditions prevailing and that we have reduced policy rates by substantial amount since start of easing cycle, I think there is scope for banks to reduce lending rate for those segments. So far, they have not benefited to the full extent of our policy rate cuts."

Acharya said the ongoing resolutions on the NPA front will also help in better transmission as the banks' balance sheet stress is resolved.

He also announced that the Reserve Bank will be coming out with final guidelines on tripartite repo to deepen the corporate bond market, which, by working as an alternative to the bank lending, will also force banks to tinker with the rates quickly.

Apart from these measures, Acharya also announced that the RBI is forming a high level task-force to help develop a "comprehensive near real-time public credit registry," which will evaluate the existing public and private infrastructure for credit information, assess any data gaps, study the best international practices and provide a roadmap. 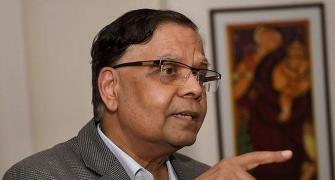 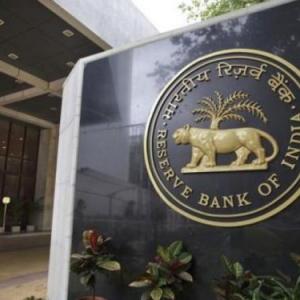