RBI is open to exploring possibility of digital currency

Amid increasing popularity of virtual currencies in various parts of the world, the Reserve Bank of India (RBI) on Monday said it is open to exploring the possibility of a digital version of fiat currency. 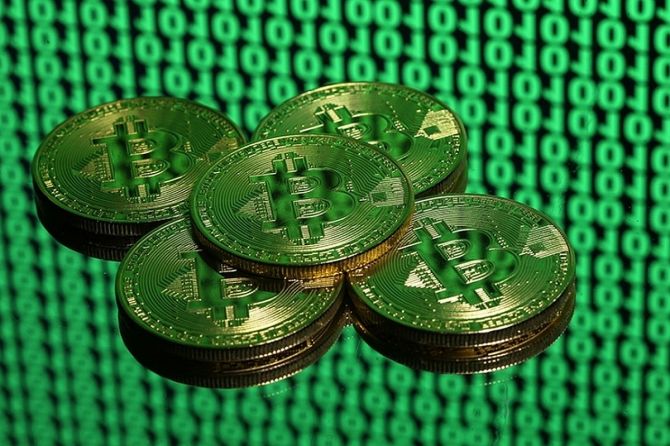 Host of private digital currencies, virtual currencies and cryptocurrencies have gained popularity in recent years, though Indian authorities continue to remain sceptical about them.

"In India, the regulators and governments have been sceptical about these currencies and are apprehensive about the associated risks.

"Nevertheless, the RBI is exploring the possibility as to whether there is a need for a digital version of fiat currency and in case there is, then how to operationalise it," the RBI said in its booklet on 'Payment Systems in India -- Journey in the Second Decade of the Millennium'.

Central bank digital currencies (CBDC) is a legal tender and a central bank liability in digital form denominated in a sovereign currency and appearing on the central bank's balance sheet.

It is in the form of electronic currency, which can be converted or exchanged at par with similarly denominated cash and traditional central bank deposits. Innovations are changing the payments space rapidly.

"This has made central banks around the world to examine whether they could leverage on technology and issue fiat money in digital form," the RBI's booklet said.

It further said the RBI has already established a framework to capture the location and business details of commercial bank branches, ATMs and banking correspondents (BCs) across the country.

It is envisaged to extend a similar framework to capture and maintain information about point of sales (PoS) terminals and other payment system touch points, the booklet said.

The booklet covers the journey of the Payment and Settlement Systems in India during the second decade of the millennium -- from the beginning of 2010 till the end of 2020.

The RBI said it captures the transformation of India in the sphere of payment and settlement systems.

It describes, inter-alia, the legal and regulatory environment underpinning the digital payments systems, various enablers, payment options available to consumers, extent of adoption during 2010 to 2020, it added.

The Reserve Bank of India had earlier come out with booklets on payment systems in 1998 and 2008.

This third booklet in the series is expected to serve as a reference document for those interested in knowing more about payment system developments in the country, the RBI said.

"This booklet is a narrative of how the carefully thoughtout steps taken by the RBI have resulted in transforming India into a country riding the crest of a wave in the evolution of digital payments," said RBI Governor Shaktikanta Das in the 'Foreword' of the booklet.

While realising that 'well begun is half done', Das said the RBI is mindful of the challenges ahead.

The RBI seeks to usher in a payment ecosystem that enables safe, quick and affordable digital payments to everyone across the country as well as in cross-border payments and transactions, he added.

The factors inhibiting the digital push are connectivity issues, inadequate acceptance infrastructure, lack of familiarity with newer, alternative payment methods, delay in getting complaints resolved and security and privacy concerns.

"RBI has acknowledged the same and to address these issues has put in place systems like, consumer awareness programmes, ombudsman schemes, etc," the booklet said.

It further said that such is the development of digital payment in the country that it has started expanding beyond boundaries.

Implementation of successful Indian practices in developed countries of Europe and the US is testimony of India being perceived as the leader in payment systems now, said the booklet.