If this turns into reality, India’s gross domestic product (GDP) growth will be the lowest since 2012-13, which could severely hit job creation and income growth in the near term. 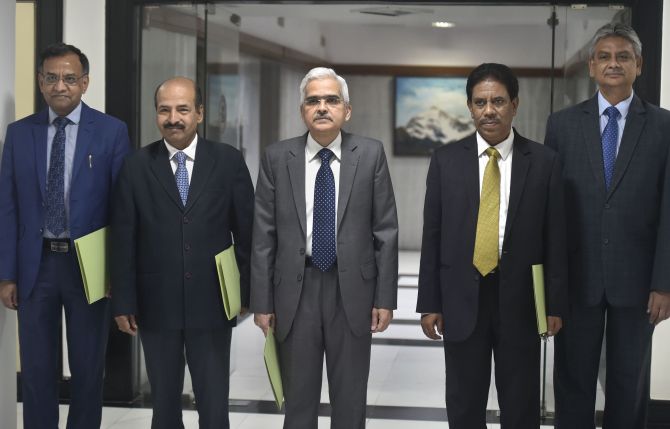 Taking cognisance of the worsening slowdown, the Reserve Bank of India on Friday cut its economic growth forecast for 2019-20 to 6.1 per cent, a huge downward revision of 80 basis points (bps) from the projection it made in the August policy meeting.

If this turns into reality, India’s gross domestic product (GDP) growth will be the lowest since 2012-13, which could severely hit job creation and income growth in the near term.

To achieve even this target, the economy will need to grow at 7 per cent in the second half of the financial year.

The drop in the central bank’s outlook is more glaring if we look at the entire rate cut cycle. Over the eight months since February, the RBI has cut its growth forecast by 130 bps from 7.4 per cent to 6.1 per cent now.

The policy repo rate was cumulatively eased by 135 bps in this period (to 5.15 per cent now). One bps is a hundredth of a percentage point.

Commenting on the reform spree measures undertaken by the finance ministry, including the corporate tax rate cut, the Monetary Policy Committee (MPC) said: “While the recent measures announced by the government are likely to help strengthen private consumption and spur private investment, the continuing slowdown warrants intensified efforts to restore the growth momentum.”

The MPC signalled the government that more was needed on the policy front to arrest the slowdown. “With inflation expected to remain below target…there is policy space to address growth concerns by reinvigorating domestic demand,” it said.

In addition to the stalled manufacturing activity, Governor Shaktikanta Das said services activity, too, weakened in July-August. But he also suggested the areas that could show the way forward.

“Consumer non-durables and intermediate goods have posted sustained expansion during 2019-20 so far and have emerged as potential growth drivers,” he said in his statement. Further, growth in the farm sector could improve, as sufficient water availability in dams would ramp up rabi output, he said.

Experts termed the downward revision as a clear admission of a severe slowdown by the RBI, but also warned that the actual growth could print even lower than its revised estimate.

“It confirms the growth fears all around. Revival is a gradual process and the grind up is not likely to be visible in the next 2-3 quarters. GDP growth is more likely to pan out in the range of 6-6.5 per cent over the coming quarters and, if conditions improve materially, will reflect in headline numbers only in the next fiscal year,” said Rajni Thakur, economist at RBL Bank.

With the repo rate being cut to 5.15 per cent and inflation just above 3.2 per cent, the real (policy) interest rate has inched below 2 per cent for the first time since the slowdown started becoming visible, and the rate cycle turned south. This might help revive investment cycle and complement the measures taken by the government, officials said.

But the governor expressed worry on the overhang of “pessimism over global growth prospects”.