Ramesh hints at accord on Navi Mumbai airport

After months of uncertainty, there is finally a glimmer of hope for the proposed Navi Mumbai airport. Environment & Forests Minister Jairam Ramesh told a TV channel today that he had already spoken to his counterpart in the aviation ministry, Praful Patel, and hoped "to find a compromise soon". "There will be an agreement. Our team is going to Navi Mumbai," Ramesh said.

Officials in the ministries and City & Industrial Development Corporation (Cidco), which is the nodal agency for the airport project, told Business Standard that the middle ground could be reducing the distance between the two runways from 1,800 to 1,600 metres, without affecting the capacity or viability of the project. The airport envisages an annual passenger handling capacity of 60 million.

Diversion of the Gadhi river would also be minimised, while some of the non-aeronautical areas proposed over the 475 hectares, would be shifted towards the southwest.

The civil aviation ministry has also said its is not against some minor changes in the design and has agreed to shift the non-aeronautical facilities, which includes the parking area and commercial establishments. There is a possibility that these facilities may not be just outside the airport, but on the other side of the road.

Officials confirmed that Cidco was currently firming up detailed proposals, which would be discussed with visiting members of the expert appraisal committee on October 20-22.

The two ministers have been locked in a verbal duel over environment clearance for the airport. The environment ministry had asked the Maharashtra government to explore three other sites, none of which were found feasible because of their proximity to the Sahyradri hills. Patel also reiterated on several occasions that there was no alternative to the Navi Mumbai site.

Officials said the airfield of the Navi Mumbai airport had been designed keeping in view several factors: the prevailing wind direction, orographic conditions in and around the airport site, specifically on the eastern side, and an airport design capacity of 60 million passengers. This figure was arrived at from the aviation demand forecast for the Mumbai Metropolitan Region.

"Keeping this in view and taking into consideration the technical and operational feasibility of the airport, two independent, parallel runways 1,800 meters apart have been designed. This provides an obstruction-free approach and smooth take-off. However, Cidco's technical consultants, including IIT-Mumbai, are examining whether the distance between the two runways can be reduced to 1,600 meters," the official said.

"We will be visiting the proposed airport site in the third week of October and make our suggestions to Cidco. It is up to Cidco to decide. It is premature to say anything and the expert evaluation committee has already met thrice on this issue," said a member of the panel.

The Navi Mumbai airport project has been delayed by over two years. It is to be developed in four phases. Work on the first phase was to start by 2008 and be completed by 2012. The fourth phase was planned to be completed by 2028. The existing Mumbai airport is expected to exhaust its annual capacity of 40 million passengers by 2013 and a new airport will add 60 million a year. 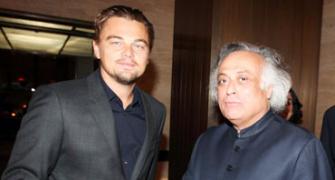 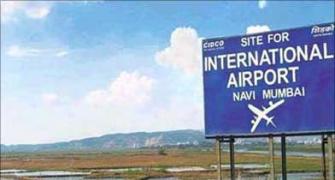 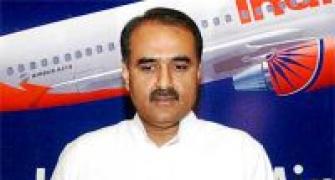 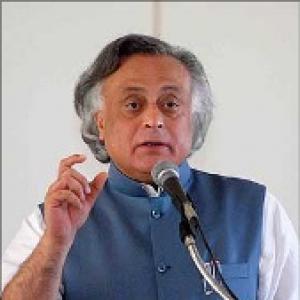