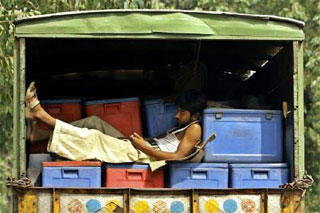 The landmark bill on Goods and Services Tax on Wednesday won majority support of the Rajya Sabha Select Committee, which endorsed almost all the provisions while also agreeing to demands of parties like Trinamool Congress for a five-year compensation to states.

The committee, headed by BJP's Bhupender Yadav, in its report submitted to the House suggested changes in clauses pertaining to compensation and levy of 1 per cent additional tax by the states on inter-state supply of goods.

The report, however, is marked by dissent notes from Congress, AIADMK and Left parties, which have expressed their opposition to the GST Constitution Amendment Bill in the existing form.

The bill, which has already been approved by Lok Sabha, will now have to be taken up for passage in the Upper House.

As it is a Constitution Amendment Bill, the bill has to be approved by two-third members in the Rajya Sabha.

The ruling BJP government does not have a majority in Rajya Sabha and will have to depend upon support of regional parties and allies for passage of the bill.

The committee has suggested that the provision in the bill that provided Centre "may" compensate states for a period up to five years for any revenue loss be substituted by a commitment for compensation for five years.

In a clause relating to levy of 1 per cent additional tax by states, the committee suggested that the levy should only on "all forms of supply made for a consideration".

It, however, retained the representation of the Centre and States at the proposed level at one-third and two-third despite demand to reduce Centre's representation to one-fourth.

The government's plans to roll out a single-rate Goods and Services Tax by April 1, 2016. The GST, which is being touted as the biggest reform in the indirect taxation since independence, would subsume levies like excise, service tax, and other local levies.

"Administratively we are taking all steps both Centre and states to meet April 2016 deadline.

"Efforts would be on to have reasonable rate of GST so that GST experience is a successful experience for the whole country," Revenue Secretary Shaktikanta Das told reporters.

Source: PTI© Copyright 2020 PTI. All rights reserved. Republication or redistribution of PTI content, including by framing or similar means, is expressly prohibited without the prior written consent.
Related News: GST Council, Rajya Sabha, Centre-State
SHARE THIS STORY
Print this article 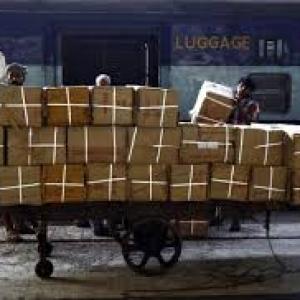