Two premium trains for Northeast, but opposition not happy 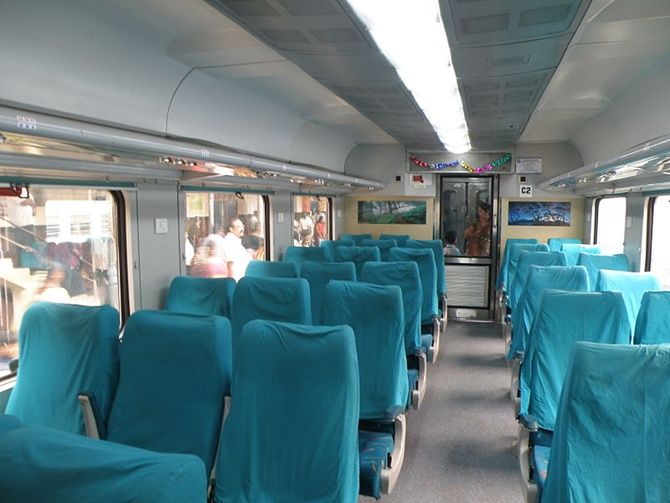 Two premium new long-distance trains and plan to convert a strategically important metre gauge line into broad gauge were announced on Wednesday for the Northeastern region in the Railway Budget, but opposition BJP and AGP dubbed the sops as "frustrating".

A daily passenger train connecting Dekargaon (Tezpur in Assam) to Naharlagun (Itanagar) will also be launched after completion of a new line, he said in his Interim Budget speech.

"I am happy to inform the august House that as a result of additional financial support provided to Railways at the instance of the Prime Minister, we are now on course to convert the strategically important 510 km long Rangiya-Murkongselek metre gauge line into broad gauge within this financial year," he said.

Once completed, the railway line will be helpful for the defence forces to transport men and machine to the Sino-Indian border in Arunachal Pradesh.

Arunachal Pradesh capital Itanagar would soon be on rail map in this financial year, as Harmuti-Naharlagun newline is expected to be commissioned shortly. Meghalaya is also all set to come on the Railway map as Dudhnoi (Assam) Mehendipathar (Meghalaya) new line is getting completed by March 2014.

However, both BJP and AGP criticised the Railway budget proposals for the Northeast, saying these were nothing but "eyewash" ahead of the general elections.