Months before Fairfax Financial Holdings Inc bid $4.7 billion for BlackBerry Ltd, Fairfax boss Prem Watsa played a role in securing a golden parachute worth as much as $55 million for the smartphone maker's chief executive, according to company filings.

The three directors - Watsa, BlackBerry Chairwoman Barbara Stymiest and long-time board member John Wetmore - decided to boost Heins' basic salary and incentive bonus, as well as sharply increase the size of the equity awards that he would receive if he loses his job in the event of a takeover.

The new contract that Heins signed in May tripled his compensation to an estimated $55.6 million if there is a change of control at BlackBerry, up from $18.9 million previously, according to a securities filing on May 21.

To be sure, the $55.6 million figure is based in part on BlackBerry's share price in early March, and the stock has fallen by more than a third since then, which may mean that Heins' parachute would be worth less.

Still, Watsa's role in deciding Heins' compensation is drawing scrutiny from some pay experts after BlackBerry on Monday accepted a conditional buyout bid from a consortium led by Fairfax, a property and casualty insurer that owns almost 10 percent of the smartphone maker.

"(Watsa) was part of the committee that was negotiating this agreement. Did he anticipate that he would make some sort of offer to buy the company? I feel like that's unlikely, but it's impossible to know," said Joe Sorrentino, managing director at executive pay advisors Steven Hall & Partners in New York.

Sorrentino added, "The only concern I would have is since they structured his compensation equity award so that it all is granted at the beginning ... it is all getting captured in a change of control golden parachute, as opposed to if they did a more typical process" of granting equity awards annually.

When asked for comment on Thursday, a Fairfax spokesman said Heins' compensation was reviewed and approved by the entire BlackBerry board.

Watsa stepped down from the board in August, citing a potential conflict of interest after BlackBerry announced a strategic review and sought a buyer. The Fairfax-led consortium aims to take BlackBerry private and give it time to rebuild away from Wall Street's gaze.

A spokeswoman for BlackBerry said the company had no comment on Watsa's role or Heins' compensation, and Heins himself did not respond to a direct request for comment.

Towers Watson, the human resources consultancy firm that worked with BlackBerry's board on the compensation package, also declined to comment on Thursday.

Stock down more than 50 per cent

Heins was appointed BlackBerry CEO in early 2012, taking over from former co-CEOs Mike Lazaridis and Jim Balsillie. In the months before they stepped down, Lazaridis and Balsillie had cut their base salary to $1, a symbolic gesture that they would not draw fat cheques while the company was obviously suffering.

Since Heins took over, BlackBerry shares have fallen more than 50 percent as the company delayed the release of its first BlackBerry 10 devices and they then failed to excite sales.

In May, Heins signed a new contract that raised his base salary to $1.5 million from $1 million; bumped his maximum incentive bonus to 150 percent of salary from 125 percent and granted him more than $34 million in front-loaded equity awards that vest over three years.

It is those equity awards that provide the bulk of the enlarged payout if BlackBerry is taken over - the shares would vest immediately instead of over a three-year period.

According to company filings, if Heins is terminated due to a change of ownership of BlackBerry, he'll receive $3 million to reflect his base salary, annual incentives worth about $4.5 million, and equity awards of $48 million.

The board said the higher payouts were justified to retain Heins and ensure his interests are aligned with those of shareholders, and to reward the executive for leading BlackBerry through a period of massive upheaval.

"The necessary speed and scope of this transformation, as well as its critical importance to the future success of the company, demand leadership of exceptional skill, agility and vision," BlackBerry said ahead of its July annual general meeting, when shareholders approved the changes.

The filings show that BlackBerry's board also gave Heins a "special achievement bonus" of $3 million for launching the BlackBerry 10 platform used for its latest smartphones, and for maintaining cash and liquidity above $1.5 billion.

Last week, the company said it would book almost $1 billion in writedowns, mostly on unsold BlackBerry 10 devices, when it reports second-quarter results on Friday.

© Copyright 2021 Reuters Limited. All rights reserved. Republication or redistribution of Reuters content, including by framing or similar means, is expressly prohibited without the prior written consent of Reuters. Reuters shall not be liable for any errors or delays in the content, or for any actions taken in reliance thereon.
Related News: BlackBerry, Thorsten Heins, Prem Watsa, Fairfax Financial Holdings Inc, Joe Sorrentino
SHARE THIS STORY
Print this article 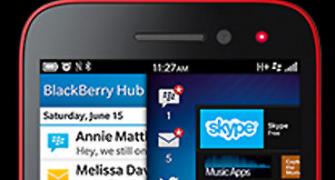 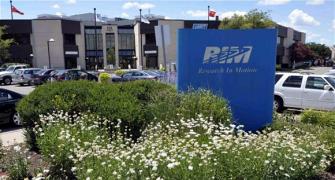 Blackberry could lay off up to 40% staff: Reports

Blackberry could lay off up to 40% staff: Reports End of an era: The rise and fall of BlackBerry 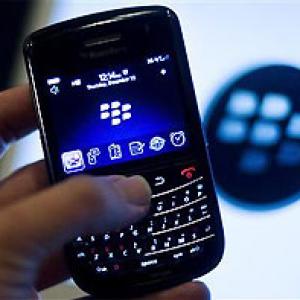 'BlackBerry is open to going private'