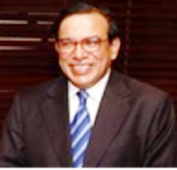 Ending the uncertainty over senior appointments at State Bank of India, Pratip Chaudhuri on Thursday took over the chairmanship of the country's largest lender.

The government also issued notifications for the appointments of Diwakar Gupta, A Krishna Kumar and Hemant Contractor as managing directors.

While Chaudhuri would be at the helm of affairs at SBI for two and a half years (he would retire in September 2013), Gupta's term would end in July 2013. A Krishna Kumar would enjoy the longest tenure till, November, 2014, while Contractor's would end in April 2014.

taking over as chairman, Chaudhuri was deputy managing director, in charge of international operations.

The immediate task for Chaudhari and the three new managing directors would be to finalise the bank's balance sheet for 2010-11.

A senior SBI official said Chaudhuri had already stated his priorities to his colleagues.

These include improving the net interest margin, getting rid of orgainsational weaknesses, stemming attrition at entry levels and improve lending to agriculture.