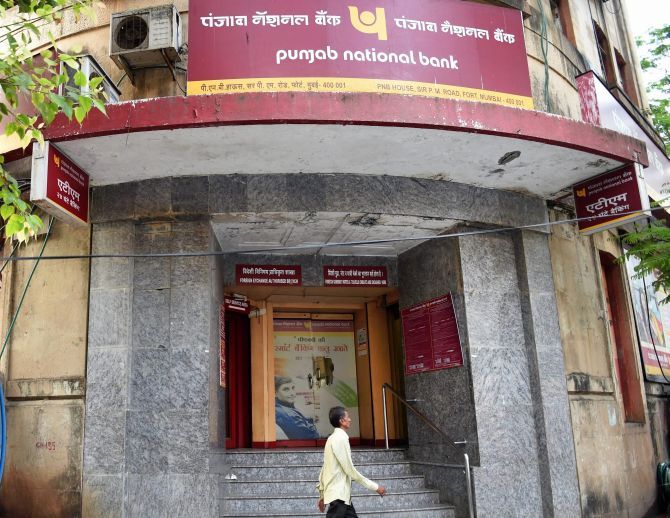 IMAGE: Searches and raids into the PNB-Nirav Modi scam continued for the sixth continuous day. On Tuesday, five other officials from Nirav Modi-related companies were arrested as well as some more PNB officials. Photograph: Shashank Parade/PTI Photo

The CBI insisted that the present accused were not cooperating in the investigation and were shifting all the blame on Gokulnath Shetty, the retired deputy manager of Punjab National Bank’s foreign exchange department at the Brady House in Fort in Mumbai, and others in this case. 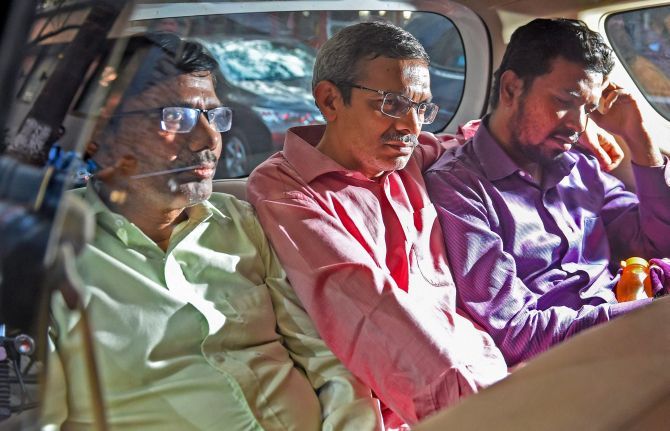 They said the searches, launched about 4 pm, were being conducted in Mumbai, Pune, Surat, Hyderabad, Bengaluru and a few other cities against 13 companies linked to Choksi, his jewellery firm Gitanjali Gems and others.

Sources said the action was being undertaken to check the activities of some shell firms allegedly routing funds in this case.

The I-T department found that in the context of these entities that are being searched on Tuesday, “huge investments were made in assets from unaccounted sources, diversion and layering of funds was done after these were received as loans from sources having doubtful creditworthiness as no interest has been paid on loans”, an official said.

Twenty premises are being raided by a team of over 110 I-T sleuths, the sources said.

The department had recently attached the bank accounts and other assets of Choksi and the Gitanjali group. 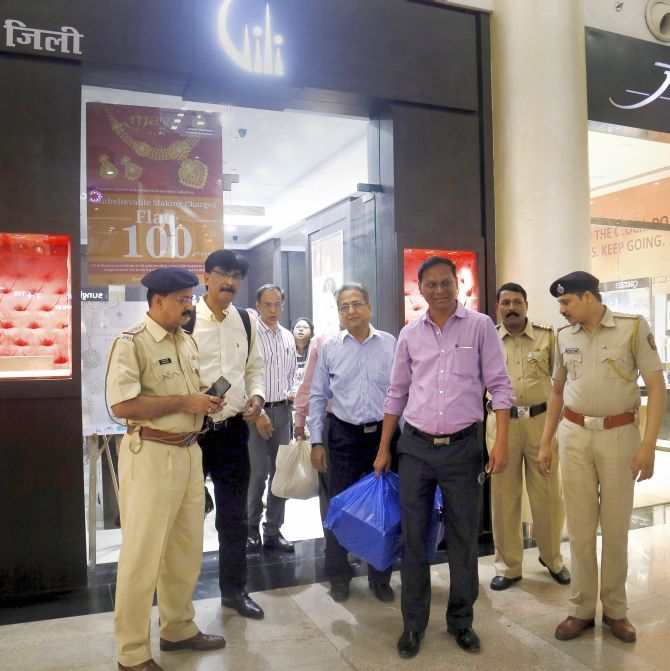 And the troubles for Nirav Modi continue to grow as the Income Tax department has slapped fresh charges under the new anti-black money law against him for allegedly holding an illegal asset abroad, official sources said.

According to them, this is the second overseas asset that the taxman suspects has not been disclosed to it by the diamantaire, who is suspected to have left India in January.

The Income Tax department had last week slapped sections of the Black Money (Undisclosed Foreign Income and Assets) and Imposition of Tax Act, 2015 against Nirav Modi last week after it detected that a bank account in Singapore was allegedly held by him, which is not disclosed to the tax authorities.

The latest foreign asset is suspected to be a trust registered in Jersey, located near the coast of Normandy. The business trust is being probed for routing funds with alleged links to Modi.

The department is also probing two separate transfer of funds -- Rs 284 crore from Cyprus and Rs 271 crore from Singapore -- to a firm linked to the diamantaire in India.

The income tax department, on February 16, had provisionally attached 29 properties and 105 bank accounts of the diamond merchant, his family and firms as part of its tax evasion probe.

A total of 105 bank accounts of Modi, his family and companies have also been attached, they said.

The Punjab National Bank detected a $1.77 billion scam, in which jeweller Nirav Modi acquired fraudulent letters of undertaking from one of its branches for overseas credit from other Indian lenders.

The scam was started in 2011 and was detected in the third week of January this year, after which the PNB officials reported it to the concerned agencies.