Nirav Modi to be produced before UK court in extradition case

He is set to be produced from custody before Judge Emma Arbuthnot for the first management hearing in the case, during which a broad timeline is expected for his extradition trial. 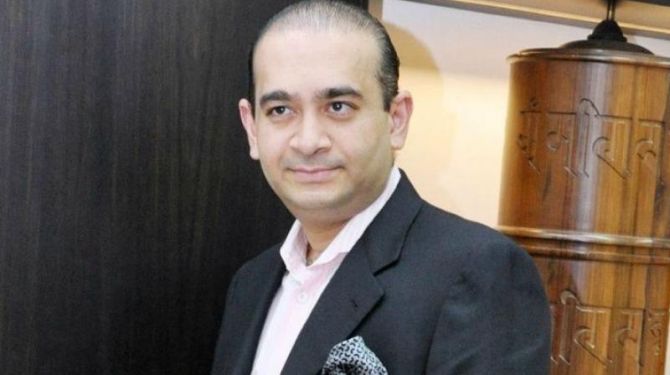 Fugitive diamond merchant Nirav Modi is set to be produced before a court in London on Thursday as he fights his extradition to India in the nearly $ 2 billion Punjab National Bank (PNB) fraud and money laundering case.

The 48-year-old has been lodged at Wandsworth prison in south-west London since his third attempt at seeking bail was rejected by Chief Magistrate Emma Arbuthnot at the last hearing at Westminster Magistrates' Court earlier this month.

He is set to be produced from custody before Judge Arbuthnot for the first management hearing in the case, during which a broad timeline is expected for his extradition trial.

"This is a large fraud and the doubling of security to 2 million pounds is not sufficient to cover a combination of concerns that he would fail to surrender," Arbuthnot had ruled at the last hearing on May 8.

"A combination of interference with witnesses, destruction of servers and mobile phones and the lack of community ties means I still have doubts that he would fail to surrender before the court," she concluded.

Modi was arrested by uniformed Scotland Yard officers on an extradition warrant from a Metro Bank branch in central London as he attempted to open a new bank account on March 19 and has been in prison since.

"His experience in custody has been vivid and damaging… he is willing to abide by any bail conditions imposed by the court because Wandsworth is unliveable and makes the effective preparation of his case virtually impossible," Clare Montgomery, Modi's barrister, had told the court at the last hearing, in an attempt to persuade the judge to grant bail on a strict 24-hour curfew at his posh Centrepoint apartment in the West End of London.

"Suffice to say efforts to present him (by the government of India) as a diabolical mechanic and cold blooded, hardened criminal are completely false," she stressed.

However, the judge was particularly concerned about Modi's "lack of community ties" in the UK, having been based in London for only a "short period of time" since 2017 and also pointed to the "luring away" of witnesses from India to far away destinations like Egypt.

"There does seem to be a luring away of witnesses and some pressure that took witnesses away from India," Arbuthnot noted, making specific reference to a transcript of a conversation which indicated that Nirav Modi may have been using his US-based brother Nehal Modi to do his "dirty work as it were".

A team from the Enforcement Directorate (ED) and Central Bureau of Investigation (CBI) were present in the court as Crown Prosecution Service (CPS) barrister Nick Hearn, arguing on behalf of the Indian government, presented a "plausible and coherent" account of witnesses being leaned on by associates of Modi.

Arbuthnot noted that he had "squirrelled away" funds that he may use for his escape from the UK if released on bail, which means he has remained at Wandsworth prison - one of England's most over-crowded jails.

Modi's legal team, led by solicitor Anand Doobay, have repeatedly asserted that the Indian authorities must present a "perfectly paginated" set of documents in support of the case against their client.

It is a direct reference to the disorganised state of the paperwork in previous Indian extradition cases, most recently that of liquor tycoon Vijay Mallya.

Arbuthnot, the judge who had ordered the Mallya extradition in December 2018, has been very firm with the CPS, representing the Indian government, about proper indexing of all documents to be submitted to the court in relation to the case.