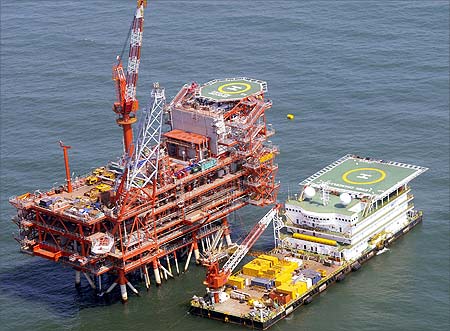 The Prime Minister's Office on Thursday forwarded to Oil and Petroleum Ministry a letter written by Delhi Chief Minister Arvind Kejriwal in which he has demanded that the decision to hike gas price extracted from KG basin be kept in abeyance till completion of a probe into the issue.

The PMO has asked the Oil and Petroleum Ministry for its views as soon as possible, sources said.

Kejriwal has alleged collusion between the government and Reliance Industries over the price issue and ordered a probe into it by Anti-Corruption Branch (ACB).

After the FIR was filed on Wednesday, Kejriwal wrote a letter to Prime Minister Manmohan Singh, requesting him to keep in abeyance decision to hike gas price from April 1 till the probe in the case is completed.

In his letter, Kejriwal said he has ordered the probe after receiving the complaint that a few union ministers have taken a decision to double the gas price from $4.2 to $8 per unit to benefit Reliance Industries Ltd whereas the cost of gas production is less than $1.

The Chief Minister said hike in gas price will bring major hardships for the common man as it will result in hike in CNG prices as well as power production cost.

"You are an expert of economics. You can understand that this decision to double gas prices will have a cascading effect on the economy. On the basis of a complaint filed by

four eminent people, an FIR has been filed by Anti-Corruption Branch. Through this letter, I request you to keep in abeyance the order on gas pricing till the time investigation is not completed in the case," Kejriwal wrote to Singh.